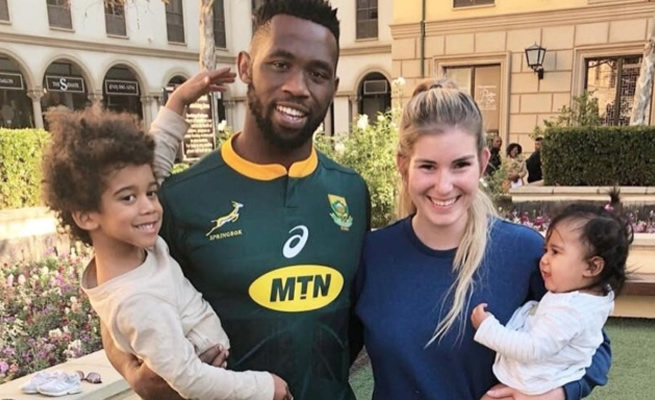 Rachel Kolisi has candidly opened up about her struggle with mental health issues and attempt to take her own life. In an intimate and inspiring podcast with Mpoomy Ledwaba, the philanthropist and wife of Springbok captain Siya Kolisi recalled a time in her life when she went through a deep depression.

Rachel claims her strict upbringing and her parents marriage breakdown contributed towards her mental health struggles.

“I was an angry teenager, I was a depressed teenager. I was sad, miserable and trying to find myself,” she said.

“I was very much rebel, I was difficult to parent. I challenged my parents to much. I was trying to find my way, I was very lost.

“I lost my way so much and found myself sometimes in not healthy friendship groups. They’d be like if you are having a tough day let’s have a drink or a smoke and that’s the environment I found myself in and it spiralled. Depression does that, it does that to a person where you are like ‘I’m not depressed, I’m fine’.”

Rachel also opened up about self-harming and attempting to take her life
She continued; “I tried to commit suicide when I was 15. I spent two or three years cutting myself and just crying for help and not finding it.

Later Rachel would go through another debilitating experience.

“I’ve got four kids at home but I couldn’t function as a human being. I would get out of bed and lie on the floor

But Rachel claims her faith pulled her through

“Even in that moment when I felt I had nothing, God had the greatest and most incredible plans for me.”

The 31-year-old also spoke about navigating ‘single mom life’ whilst Siya is busy at his new rugby home of the Sharks in KZN.

She continued; “It’s been overwhelming at times…As a woman we can be stretched, sometimes it’s good to challenge ourselves because we don’t know how far we can go. It’s a season, a challenging season

She also opened up about her mixed race family as well as the challenges of mothering teenagers.

“Being a white woman to a black daughter and a mixed-race child comes with a lot of learning that needs to happen and a lot of understanding. It’s a beautiful journey

“I’m encouraging my girls to celebrate who they are, what they are and how beautiful they are.