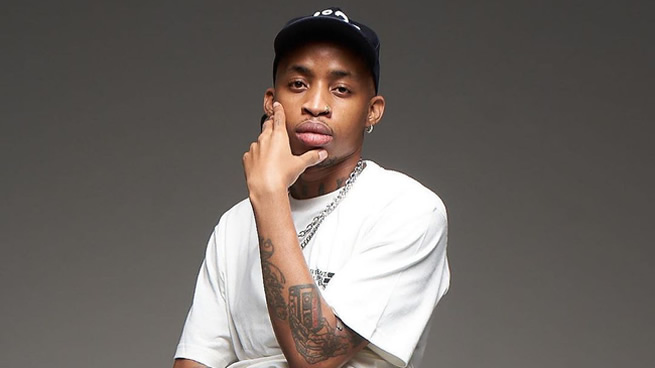 Rapper Tshego of Hennessy fame has lambasted a man who allegedly touched his woman inappropriately, making it clear he's willing to die to protect the women in his life.

The rapper took to Instagram to post an 18-minute video in which he sent his message to men.

"I don't know about you ni**as but I got a daughter, I have a girl, I have a full-time nanny, I'm the only ni*** in this house and I have three women I'm watching over. I have a sister and a mother. And, I don't know about you ni**** but I know for sure that none of the women around me are going to experience any type of f**k s**t from you boys, not while I'm there," Tshego started.

The rapper then explained his girl had told him how a guy who allegedly inappropriately touched her twice was now calling her.

Tshego said he immediately demanded to call the guy back, but after a futile back and forth – due to the guy allegedly being too drunk to explain himself – Tshego had to post a message for him and any other guy who thinks it's OK to go around harassing women.

"So I woke up this morning and I decided, you know what? No one is going to do this s**t to anyone I love. So I called my lawyer and asked what options I have. I asked if I can go public with this s**t because I wanna set a precedent and I wanna show ni**as that this f**k s**t is not gonna happen around me or my family, not around my daughter or the women in my family. It's not gonna happen!" Tshego said.

The Henessy hitmaker said he was disappointed to notice the trend of male friends being the ones to harass their female friends, which he felt was disgusting because these women trusted their male friends to look out for them.