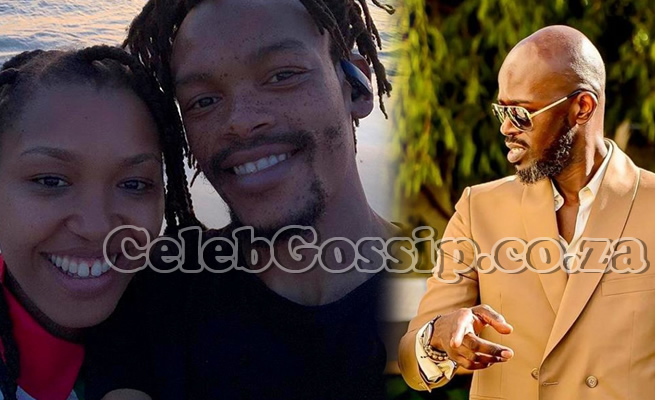 Black Coffee, through his lawyers, has demanded that Nato takes down all the posts and apologises.

BUT AS OF NOW, THE TITANIC BATTLE IS a long way from being settled!

The war of words started after Nato posted on Instagram about Black Coffee in the middle of March.

Black Coffee, whose real name is Nkosinathi Maphumulo, retaliated through his lawyers on 31 March who wrote to the Sony Music boss demanding he take down all the posts and apologise.

On the same day Nato was arrested for reckless and negligent driving after cops followed him to his residential complex.

In his apology, which Black Coffee has rejected as sarcastic, Nato accused his opponent of having something to do with his arrest. On the same day, Nato opened a counter charge, claiming the police harassed him for no reason, handcuffed him so tight that the cuffs injured him, and banged him against the holding cell walls.

Black Coffee’s lawyers are demanding that Nato write another public apology “without sarcasm” before the end of today, 8 March.

Nota said it was the letter that made him suspect Black Coffee could be behind his arrest and could possibly be working with the arresting officers.

“I’ve apologised to him unconditionally because I fear he might send people to mete out violence against me, or his fans might harm me,” he said.

He said he’s opened a case against the “dirty” cops.

He said the reckless and negligent driving case was withdrawn by the Randburg Magistrates Court.

Captain Kay Makhubele confirmed the two cases and said that if Nota feels aggrieved, he should approach Ipid so they can investigate the cops’ conduct.

Reads part of the initial letter of demand from Black Coffee: “On 15 March 2021, you posted a screenshot of a photo on Instagram, which was uploaded by @gregmaloka and wherein our client appears together with other men.

“A portion of your caption of the post reads: ‘What’s more problematic than one alleged abuser? Two or more?’”

Parts of his apology, posted on 1 April by Nato, reads: “It was never my intention to defame your character, and even if it was you beat me to it so I guess it’s settled.

“I thought I’d comply with your request a day early so you won’t be able to tell if my apology is indeed sincere or whether it’s an April Fools’ joke.”

Speaking to Daily Sun, Nota said: “I was arrested and three hours later I arrived home to a letter from Black Coffee’s lawyers.