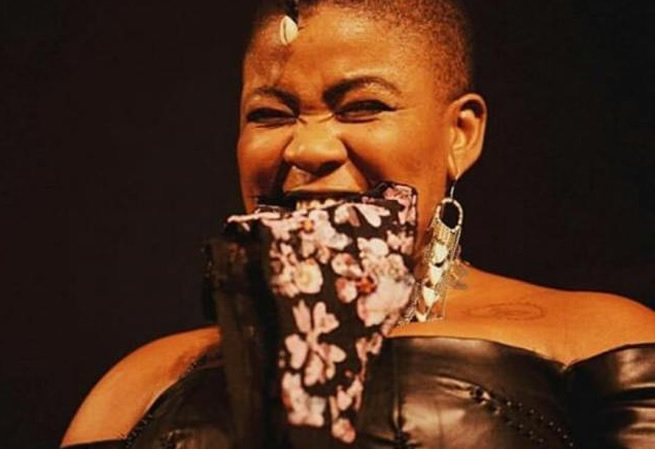 Thandiswa Mazwai has let the cat out of the bag about her love life.

The star who is well known for keeping her private life under wraps has not had sex for 15 years.

It all started when Sizwe Dhlomo asked his followers how many people want them right now.

“If you were to estimate, how many people want you right now? Lol!”

Responding to this, Thandiswa mentioned she has no one hitting on her.

The musician said no one has hit on her in the past 15 years but women do smile at her. She even boldly claimed that she was not sharing the side of the bed with anyone.

Thandiswa Mazwai. @thandiswamazwai. zero! Absolutely NOBODY hits on me.

I’m serious!!! Especially men! I don’t think a man has hit on me in about 15yrs at least women used to smile at me.

😂 I’m serious!!! Especially men! I don’t think a man has hit on me in about 15yrs😂😂 atleast women used to smile at me. https://t.co/XJZCeEK8dk

However many tweeps flooded the comment section suggesting that she was lying and faking it all.

Many of her fans felt she was lying and decided to open the floor to any man who have hit on her in the past 15 years .

“Actually I’ve been in a relationship for 15yrs…I’m just being greedy,” she said.

Thandiswa Nyameka Mazwai is a South African musician and is also the lead vocalist and songwriter of Bongo Maffin. She is also known as King Tha. In 2004, her first solo project Zabalaza album attained the double-platinum status and her album also got nominated for Planet Awards on BBC Radio 3.