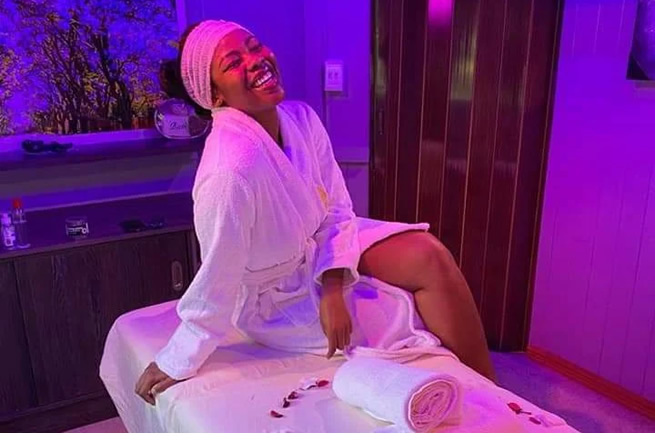 Burger claims Ndlovu was pampered with champagne, strawberries and a one-hour full-body massage, and left feeling rejuvenated – but failed to pay her bill, either in cash or via promotion.

The Bellissimo skincare and beauty boutique owner claims the agreement she made with the actress was that she would give her beauty services worth R2 000.

"She didn't do that. [She didn't even post] a mere Instagram story. She made me very angry because this isn't a lot of money we're talking about," Burger said this week.

Ndlovu, who stars in the second season of Mzansi Magic's Housekeepers as Thuli Ngubane, could not be reached for comment.

Burger, a self-proclaimed multimillionairess who insists on travelling first class for occasional holidays in Disneyland in the US, says her anger is not only about the fee, but about respect.

"I want that money, no matter how little it is. I own my own business and I have a lot of money. I'm a multimillionairess. This one is disrespectful. I know [the amount] is peanuts, but I want it," she said.

I also couldn't contact her directly when my lawyers wanted to trace her.

Isabella Burger added that, even though the actress came to her salon ahead of her birthday in August, Burger's lawyers have been struggling to locate her since then.

"She came to my spa and had all these fancy services and we agreed that she'd pay me or post about my business. She didn't. I worked, I gave her a good service, I waxed her vagina," said Burger.

She said Ndlovu's other services included a massage and vaginal rejuvenation.

"She had a beautiful birthday party. She was popping champagne in Cape Town. I didn't talk to her directly [when we made the agreement], I spoke to her through her friend. I also couldn't contact her directly when my lawyers wanted to trace her, because we couldn't get her contact details."