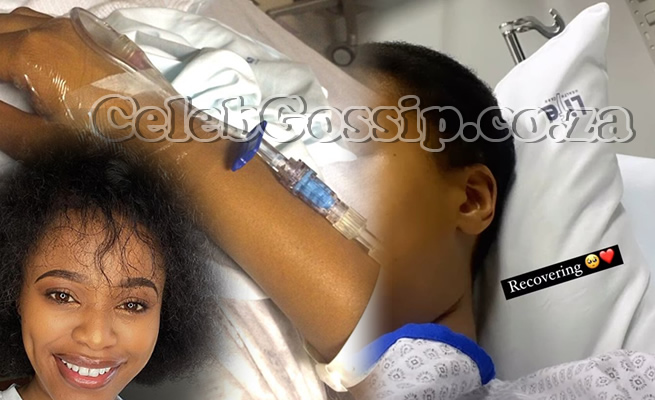 Former Lockdown and Isono actress Natasha Thahane has sent hearts racing after she shared a picture of herself in the hospital. This caused her legion of fans concerned about her health and wanting to know the reason behind her hospitalization.

After days of going MIA on social media, She captioned the Insta story "recovering" followed by a sad face and heart emojis. The reason behind her hospitalization is because her mental health has taken a knock. This was caused by working in a toxic environment adding that it has been affecting her physical health.

This is not the first time she has had a health scare. In 2019, Natasha opened up about her health scare, after she revealed that she was battling with Amnesia. In a tweet, she shared, "Excessive weight loss. Pale skin. A simple day’s work is enough to leave you exhausted & you feel tired and sleepy even after a good night sleep. Not copying."

The actress has been booked and busy lately as she was recently in Cape Town, working on Blood and Water season two. The show recently wrapped in filming the second season. This was revealed by Alzavia Abrahams, who is set to make his highly anticipated debut on the teen series when it returns.