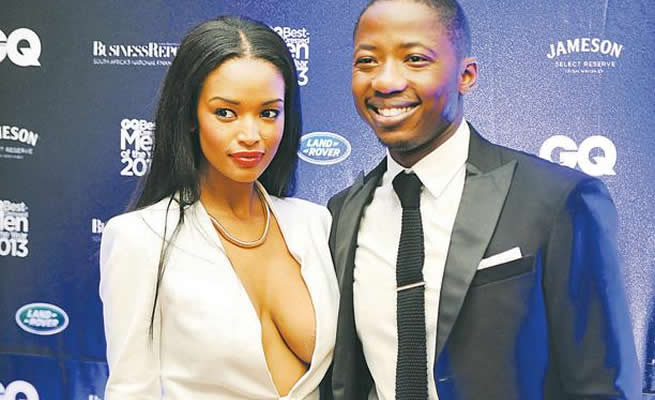 Actress and TV presenter Ayanda Thabethe has opened up about choosing the right partner to settle down with.

Taking to Twitter this week, the star shared her feelings about making such a big commitment, describing it as the most difficult decision she's ever had to make.

“The hardest decision I’ve ever had to make is choosing who to settle down with … got it wrong the first time — now I am scared to make that decision again.”


She went on to say that when push comes to shove, settling down with herself may be her best bet in this scary love game.

The star has tried to keep her love life out of the spotlight but previously dated former Dream Team rapper Mthokozisi “Dash” Makhathini.

The pair broke up in 2018 after nearly three years of romance. Ayanda claimed that the split was amicable, saying that she will “always think the world” of Dash.

Check out some of the reactions:

I told a friend of mine yesterday.. Its such a scary thought because how dating has changed and it doesn't make it easier when I see what other people are going through. I'm not saying that will be my portion, I'm just stating facts.

Its the most toughest decision you will make. Everyone has a Character that you can judge n decide, but when 2 become one n under 1 roof, things change. Smallest of things bring the biggest of problems. You have a Career, that too can be Jeopardized. Hang in there. 👍

I’d say make settling down a realization than a choice because choices are accompanied by expectations and surely disappointments will tag along when your expectations are not met. I doubt there’s a blueprint to get it right but don’t stop trying.

This is tough,,, I'm still praying for the day when I'll be able to do this with the same conviction and enthusiasm as last time

Saw a tweet that said “imagine if u had settled down with that one u said u were going to marry 😂💀look at u laughing now”. Honestly it’s annoying and quite a journey. ❤️

The star has weighed in on the dating game in the past, defending Lori Harvey after the model's love life made headlines earlier this year.

“Dating is a process of collecting data to make the decision of whether or not you’re compatible with someone and if you find after a period that resonates with you that someone is not for you then you leave — or stay. I don’t get why people get pressed about exploring,” she said.

Once upon a time, Andile Ncube and Ayanda Thabethe were one of South Africa's most loved celebrity couples. The pair were together for several years and they were the picture of perfection.

A couple of years ago, the media personalities divorced and shortly after that, Ayanda Thabethe's career skyrocketed. Although we do not know the details of their divorce, looking from the outside, their split was amicable.

After the controversial split that TV personality Andile Ncube’s and his then fiancé Ayanda Thabethe went through, it was revealed that the two broke up because Andile was allegedly cheating on Ayanda.

Ayanda then sought a fresh boyfriend whom she allegedly used to cure her heartbreak after parting ways with former hubby Andile, but it didn't work out well as the two also called it quit within year.

Ayanda also confirmed to Celeb Gossip News that she had since dumped the former Dreamteam member, Zulu Mkhathini, formerly known as Dash, as the couple joined a group of celebrities whose relationships didn’t see the end of 2018.

It seems Ayanda has given up on true love, Andile must have done too much collateral damage that she literally given up on dating any man again. She seemingly regrets ever dating, having sex with, and marrying her ex-husband Andile.

The TV presenter is enjoying life as a single woman. She’s as beautiful as ever and, in her own words, she’s queening on her own.

When asked what she is looking for in a man, the beauty made it clear that she is single and certainly not looking.

“I’m not looking. I’m not in a rush either. I love a guy who is secure in himself and his self-worth. A guy who is honest, humble and kind. I want a man who is hard working, ambitious, family oriented, adventurous and God-fearing,” Ayanda shared about the qualities of her ideal man on instagram last year.