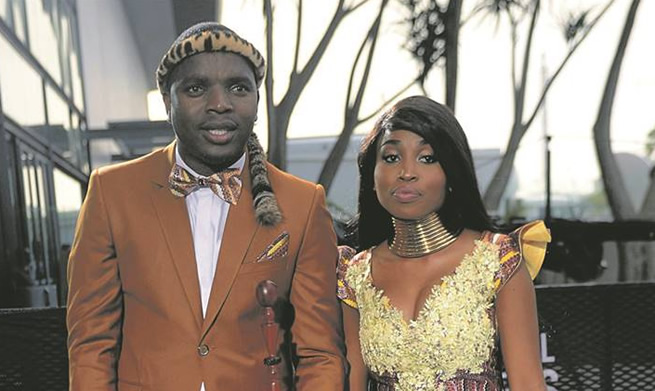 The R&B and soul musician has revealed she has decided to leave her husband, Ukhozi FM DJ and SABC 1 Roots presenter Ngizwe Mchunu, as she didn’t like the way he behaved.

The 25-year-old became Ngizwe’s third wife in 2015 when she was still a teenager.

She said she wanted Ngizwe to stop telling people they were still married, because it was damaging her career.

“Many event organisers are scared to book me because he talks too much and people have started to distance themselves from him,” she claimed.

“Many people have forgotten I’m a musician because of my situation with him. My marriage ruined my career,” she alleged.

Floda claimed not long after marrying Ngizwe, she realised he was not the person she was looking for.

“I don’t want to talk further because I want to protect his reputation,” the actress claimed.

Floda claimed their problems started in 2018 and she had not slept with him since then. She claimed she treated him more as a brother.

Floda also set the record straight about becoming a sangoma, saying it had nothing to do with Ngizwe also being one.

“There are rumours that I was his thwasa because all three of his wives are izangoma.

“I want to make it clear this is a lie because in my family, we are people of idlozi.”

Floda claimed her marriage didn’t end because she had another lover.

“It just didn’t work out,” she alleged.

“I’m not sure what the reason was but our love relationship didn’t work. I tried divorcing him before, but failed.

“I finally managed to do it and have changed my surname from Mchunu to Mthimkhulu.”