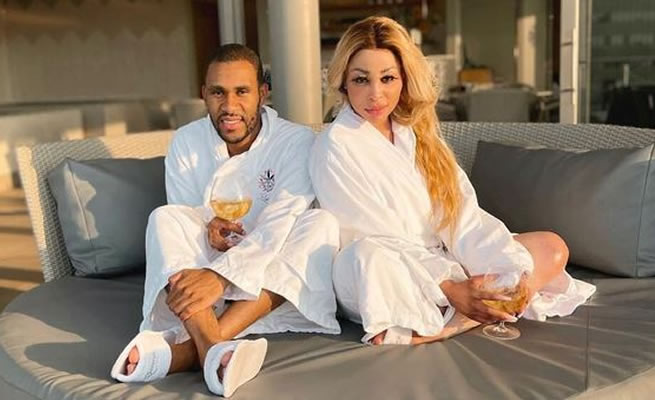 Media personality Khanyi Mbau's bae, Kudzai Mushonga, definitely knows how to live the "soft life" and spared no cost to spoil his queen with an extravagant trip to The Palace Hotel, Sun City – just for breakfast.

Forget about spending two hours on the road. Kudzai organised a blue light escort and a private helicopter to transport them in style.

Kudzai has consistently gone all out with romantic gestures and didn't hold back on the details for the breakfast date.

Khanyi took over Kudazi's IG Stories as she briefly interviewed him about how breakfast at The Leonardo in Sandton just wouldn't cut on Sunday and how he was so extra in his execution of their trip to Sun City.

The reality TV star and actress also took to her IG stories to thank her man for all the spoils.

“Mr K, thank you so much for today,” she said in one of the stories.

Even though Khanyi and Kudzai only went Instagram official a few weeks ago, fans who have watched their romance blossoming through social media have commented on how smitten they are.

Last week Khanyi revealed a tattoo on her thigh of Kudzai's name and there have been rumours swirling that Kudzai,who calls Khanyi his wife, is set to pay lobola for the actress.

Here's a peek into their lavish breakfast trip: