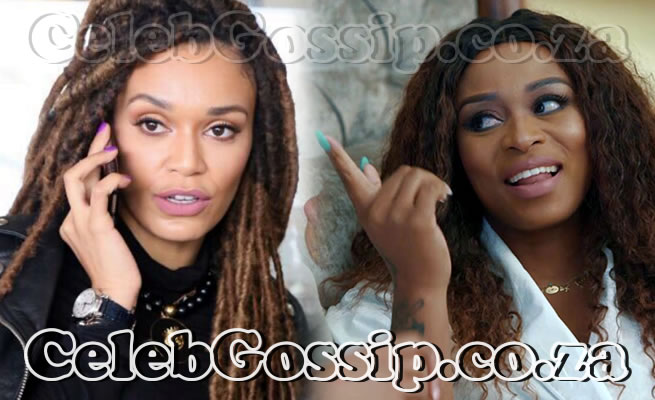 DJ Zinhle is troubled by the fact that someone in her circle is continuously feeding the media confidential information about her personal life, and her loved ones' as well. Without revealing too much about where her troubles stem from, she said this shortly after her bae made headlines after suffering a life-threatening fall whilst on set.

Taking to Twitter, the Indlovu hitmaker revealed that she is deeply concerned about the people she surrounds herself with. She referred to this person as a pathological liar who lives off of selling 'fake news' to the media, therefore cannot be trusted.

"Guys. I am worried!!!! I clearly work with someone who’s a pathological liar and who also takes fake news to newspapers. What a sad human. What’s actually sad is that I don’t know who it is," she tweeted.

Sis should be on a quest to identify the mole and fix her inner circle but she is booked and busy.

This tweet comes shortly after Murdah Bongz reportedly fell 3 meters down a flight of stairs, causing him to almost break his spinal chord. The Black Motion group member was shooting a music video with DJ Tira and DJ Speedsta. People on set say he fell really hard on his back. So hard that he was left unresponsive for a while.

“They were shooting with DJ Tira and DJ Speedsta among other famous people. He missed a step and came rolling down,” a source told the publication. “He has seen an orthopedic [doctor], and he was told he is lucky; it could have been worse. He was also told to take it easy on stage to avoid straining his back,” a source told Sunday World.

After Kairo's mother made this revelation that someone is selling her to the newspaper's her fans made hilarious suggestions that it could be her best friend Pearl Thusi.

Another fan made a suggestion that she reveals personal information but give out a different version to each suspect. The version which lands on the media, would come from the culprit, "I can’t remember which celeb had this issue, but fed each person in their circle a different version of a story to see which one ended up in the press. They found the culprit quick quick."

This strategy worked for Kim Kardashian, and could work for DJ Zinhle as well.