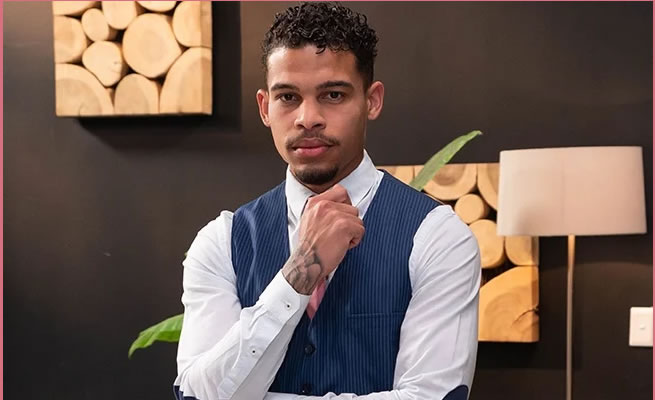 Bachelorette SA contestant Justin Lakey says it is by God's grace that he was unharmed during a robbery at gunpoint.

The 27-year-old shared details of the ordeal that took place on his way home from work on Thursday, 18 March, at around 19:16 in Johannesburg CBD.

Describing the incident, Justin says that it all happened very fast.

"I was stationary at a traffic light when four guys approached the car quickly, surrounding the vehicle. Two of them were armed. The one guy who was armed was on my driver's side and the other at the passenger side, with the two others flanked behind the car.

"As the guy at my side knocked on the window, threatening for me to either open the car or roll the window down, I complied. The guy who was at the back of the car came and stuck his body through the window over me and began to take what he could that was within sight."

When one of the men attempted to put his body through the window a second time, Justin says he grabbed his arm, held on, and had a chance to speed off.

The sports conditioning coach says the first thing that went through his mind was "not to attempt something that could possibly get me killed or harmed because of underestimating the situation or letting my emotions get the better of me."

"By God's grace, I was unharmed despite having a little bit of a scuffle in the car with one of the guys, so I'm doing well, just light scratches," adds Justin.

Justin's cell phone was stolen during the attack, which he reported to the police on the night of the incident.

On how he is doing psychologically after the incident, Justin says that mentally he is okay and feeling okay.

"I've only really thought of what happened the day after and how things could have gone differently, or what I could have done differently to be more alert. I reacted nowhere close to how I would imagine myself reacting in such a situation.

"I have more of a sense of alertness, and I think I'm surely going to be somewhat overly cautious about my surroundings and who approaches the car."