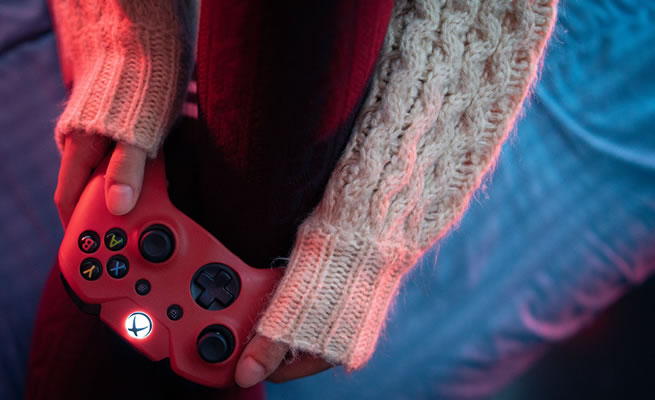 Celebrities are no longer the distant and mysterious figure of Hollywood yesteryear. Social media provides a great insight into their lives and you might even reach the point where you feel as if you know them personally!

However, what you don’t see when the cameras stop rolling is that celebrities have private hobbies, just like everyone else. And their lives aren’t just about sex, drugs and rock ‘n roll – some of their favourite things to do are surprisingly mundane.

If you’ve ever dreamt of spending some time with stunning celebrity Megan Fox, the reality may be closer than you think.

With great deals on laptops and gaming equipment from Game, it’s never been more affordable to get online for a session on Halo. And if you do, you could find yourself teaming up with Megan Fox, as she’s a self-confessed addict.

Talking to Collider, the actress admitted that she loves to play Halo Reach but that those she plays with online have no idea who she really is. She’s also a big fan of Mortal Kombat too, firmly securing her gamer-girl credentials.

The king of cool is used to having many aspects of his personal life played out in the media spotlight, but in private Will Smith has found his own unique way to destress and relax.

The blockbuster movie actor has a professed love of fencing, a sport that he was introduced to by fellow Hollywood celeb Tom Cruise. Smith said that he was looking for an activity that was “strenuous” but didn’t stress the joints – and they came up with the idea of fencing.

Of course, being a celebrity means they don’t have to pop down to the local leisure centre; Tom Cruise has a fencing room in his mansion when he, Will Smith and David Beckham regularly spar.

If you’re a huge fan of the Scottish singer, you may already be aware of Rod Stewart’s fascination with model trains. His passion goes so far, that it could legitimately be described as an obsession.

Like many model train devotees, Rod Stewart has built his own model tracks. The difference is that his measures 100ft long! With enough space to dedicate to his hobby, he recreated a 1:87 scale model of Grand Central Station in New York. However, the unusual part is that the singer won’t travel on tour without his trains. He insists on a second hotel room being booked solely for his trains and he has a whole string of cases with his trains, lamps and tables so he can enjoy his hobby wherever he is in the world.

Knitting, crochet and other craft hobbies have enjoyed a resurgence in recent years. Movie star Julia Roberts is one of the knitting crew, with a passion for getting out her knitting needles whenever she has some spare time.

Movie sets can involve lots of waiting around, even when you’re in one of the main roles. Roberts is well-known for knitting on set, passing the time by knocking up some woolly creations. But not content with knitting herself, the actress likes to encourage others to get involved too. Julianne Nicholson, a co-star in August: Osage County described how Julia Roberts nagged her to pick up a sweater that she’d started knitting years ago and get it finished up!

It seems that Vin Diesel can’t get enough of action and adventure, even when he’s not starring in a film. He has such a passion for the iconic tabletop game, Dungeons and Dragons, that he was invited to write the foreword for a book about it.