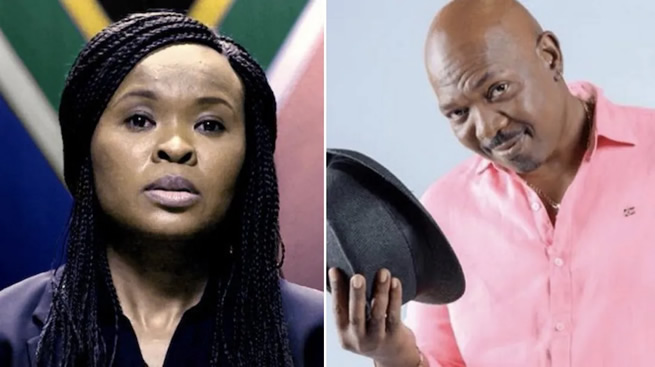 Menzi Ngubane aged 56 passed away on Saturday and had been battling ill health for years now.

He  had a long career as an actor; having starred in productions like Iliwa libhek’umoya and Generations.

The announcement of his death comes amid the news of the passing of veteran actress, Noxolo Maqashalala.

The 44-year-old’s body was reportedly found on Friday at her home in Honeydew, Johannesburg.

Maqashalala is known for her roles in Tsha Tsha and Intersexions.

South Africans have taken to social media to pay tribute to the duo.

Transport Minister, Fikile Mbalula, says both artists have made a remarkable and immense contribution to television and arts in South Africa.

South Africa has lost great talents. Both Menzi and Noxolo were remarkable and had an immense contribution to television and arts in our country. May they RIP. pic.twitter.com/zQIYtIm0Bb

More heartbreaking news four our nation as we learn that actor Menzi Ngubane is no more and the same about Noxolo Maqashalala. Heartfelt condolences to their families, friends, colleagues and loved ones. #RIPMenziNgubane #RIPNoxoloMaqashalala 💔💔 pic.twitter.com/RJa3xuNBEC

SABC is reporting that Menzi Ngubane has passed on.

Thank you for the memories pic.twitter.com/hVfULBC3ab

Blow after blow. 2 Greats, 2 seasoned storytellers are no more. 🕊💔 So blessed to have experienced their brilliance in this lifetime. 🙏🏽