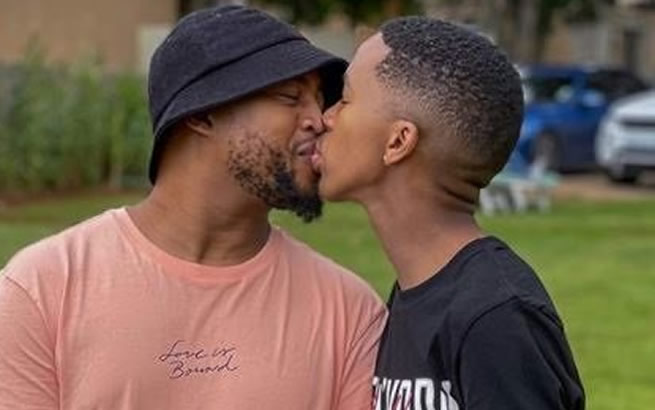 Just a week after announcing he has found new love, media personality and comedian Lasizwe is left with a broken heart and opened up about his partner’s untruthful ways.

He went from making his love public to being dribbled in less than a month.

While he made his social media followers envious with posts of his bae on Valentine’s Day, the star’s relationship soon ended in tears.

The comedian went on his social media asking followers if they thought long distance relationships work, because his bae lives in Cape Town and would soon leave for the Mother City. However, he didn’t know that this was the beginning of his heartbreak.

In an interview with digital content creator, Molemo Lehoko, Lasizwe revealed his heart has been broken by a man he thought loved him.

“I’ve never been through so much for a man. I left him at the airport and decided to go out with my friends, before bumping into him at Great Dane. When I saw him there, I was so shocked. I was crying when I thought he left for Cape Town, I felt like I had lost a limb,” he said.

Lasizwe said although their relationship was still fresh, they’d known each other for a year before he decided to give it a try.

“I’ve given you a chance and we’ve been seeing each other for six months. And I see you at Great Dane when I had dropped you off at the airport with the flights that I bought you,” said Lasizwe.

Since these revelations, his many followers have shown him sympathy on social media.

However In a video that went viral yesterday, his bae's "friend" went live yesterday on his Instagram mocking Lasizwe’s pain.

The pair is heard laughing at Lasizwe and constantly asking: “Why are you heartbroken?” and the guy in bed with Lasizwe's ex is holding a doom spray which kills cockroaches. He then sprays it into the camera and says: “I will doom you Swirie.”

How old are these people mara? 😭😭 pic.twitter.com/h5t3BoL2o4