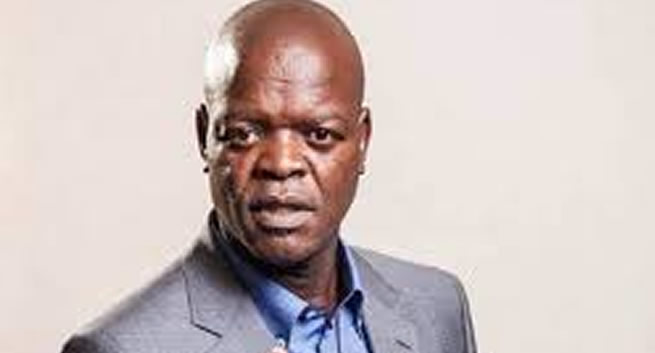 In a romantic getaway at Palala Boutique Game Lodge in Limpopo, Sebogodi went down on one knee.

The actor’s fiancée, Mogau Sebaka, who is a singer and actress, posted the happy news on her social media.

Sebogodi is known for his legendary character in Generations as Kenneth Mashaba and on Lithapo as Bra Kabe. He has been married three times before. His last high-profile relationship was with ex-fiancée Makoena Kganakga in 2017. The couple had a nasty spilt in 2018 after alleged infidelity, Move reported.

Well, he seems to have found love again. In a romantic getaway at Palala Boutique Game Lodge in Limpopo, Sebogodi went down on one knee.

The reactions of his fifth fiancée, whose much younger, were hilarious. Check it out below.

You and your dad are really close❤️❤️

At his age Kenneth Mashaba) is still proposing. He should be at the old age home

Is that Kenneth Mashaba ? Dineo's toxic ex husband ? Who's son dated Dineo and slept with her ? The one who was always fighting with Sizwe Dhlomo ? Hebana

Bride to be, Sebaka, says she is over the moon and took the banter pretty well on the Twitter streets.