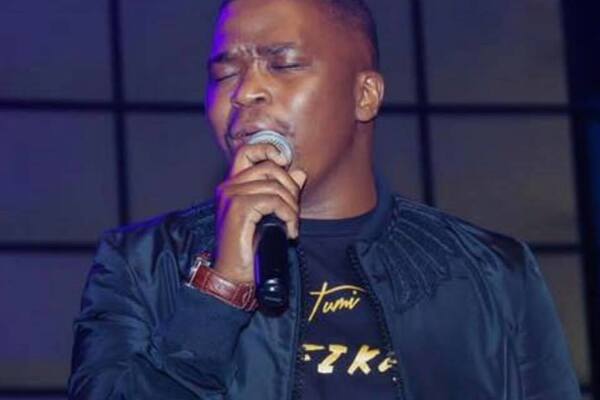 Gospel singer Dr Tumi says he was paid R500,000 by the Gauteng department of sport, arts, culture & recreation for organising a two-hour virtual prayer service that attracted little more than 1,700 viewers on YouTube.

The revelation follows an admission by MEC Mbali Hlophe last month that the department spent about R2m on campaigns during the pandemic when government departments had been asked by the national government to divert funds to personal protection equipment (PPE) and Covid-19 responses.


Dr Tumi, whose full name is Tumisang Makweya, said he proposed the prayer service because the spirit in the country was low at the beginning of the pandemic.

He said R166,000 was spent a sound engineer, two camera operators, a lighting technician and an outdoor broadcasting van.

“We called it a lockdown worship. It was a TV production, we streamed part of it. TV productions take long and there were others with me,’’ he said.

“There are a lot of lockdown TV shows that are going around and I can tell you that they are costly,” Dr Tumi said.

We learnt of the payment during a leaked recording of a telephone conversation between the then chief of staff at the department, Lebogang Hoveka, and then CFO Omphitlhetse Mafora.

Department spokesperson Ofentse Mogotsi said Dr Tumi had been contracted “for a variety of services in line with his quote for a gospel concert”.

Mogotsi would not say how much Dr Tumi was paid and that the department “is unable to comment on gossip”.

“It remains a curiosity what the intent of such a recording is. We can only conclude that it is baseless and riddled with lies geared at misleading the public,” said Mogotsi.

The  prayer service, titled Lockdown Worship, was filmed by GauTV.

About six performers took part. The lineup included Benjamin Dube, Lebogang Sekgobela, Takie Ndou, Stephen Lungu and Palm Sefako. Dr Tumi would not say how much he paid the performers. Hoveka, who confirmed he had recorded the conversation with Mafora, said he believed R500,000 was a lot of money for a virtual prayer service that was not accessible to all people in Gauteng. He said his questions on how people were hired by the department had later led to him being sacked last June.

Hoveka said he was concerned about the money Dr Tumi was paid. At the time all government departments were required to divert money to PPE and Covid-19 responses. He said some performers, such as Caiphus Semenya, had performed virtual events for the department for next to nothing. Semenya’s spokesperson, Zamokuhle Sibisi, said the department had approached Semenya and his wife, Letta Mbulu, about a recording to teach people about the safety precautions in the pandemic.

“There was no payment requested or required by mama and papa; it was something they are happy to do in helping people.” Sibisi said that last August the MEC’s office had approached Semenya and Mbulu with R15,000 each as gratuity for work done. The couple told the official to pay the money to their foundation.

Mafora told the Sunday Times he was considering legal action against Hoveka for recording their conversation, accusing him of engaging in “political battles”.

He said the payment to Dr Tumi had been clarified and had covered “live streaming, marketing, pre-production costs, VAT and artists and performance, [that were] were paid for as requested”.

The Gauteng department recently spent R3m on commemorative events such as Human Rights Day and Freedom Day. All were virtual events.

This happened as performers and athletes waited for their relief fund applications to be processed.

The Citizen reported last month that the Gauteng department spent nearly R500,000 on an event that took place virtually, and nearly R1.5m more on a Human Rights Day campaign during the pandemic.

Hlophe admitted to the expenditure in the legislative assembly, answering a question by the DA’s Lebo More.

Dr Tumi, who charges about R150,000 for a performance, said he was proud of the event and wanted more such worship services to take place.

He complained that it was tough to get requests from the corporate sector for concerts.

He said the music industry was a complex one, especially with regard to how much performers were paid.

“People don’t understand the dynamics of the industry. The returns sometimes are still not physically visible.” An events expert, who declined to be named, said the cost of an online event could be anything from a few thousands to millions, depending on the size of the event.

“Due to Covid-19, the industry was forced to innovate and introduce streaming.

“All of a sudden, as an event producer, you find yourself asking for quotes on how much streaming the event would be without having a benchmark as it was a relatively new concept.

“The best you could do is to get three quotes and choose the best.”