This week, a user on TikTok went viral for making a shocking claim: Dentists can see when a patient has given a blow job

The claim spread like wildfire across the app, with many users questioning whether it was actually true. Soon enough, dentists and hygienists on TikTok started weighing in — and yes, it turns out the rumors are true. THEY KNOW. 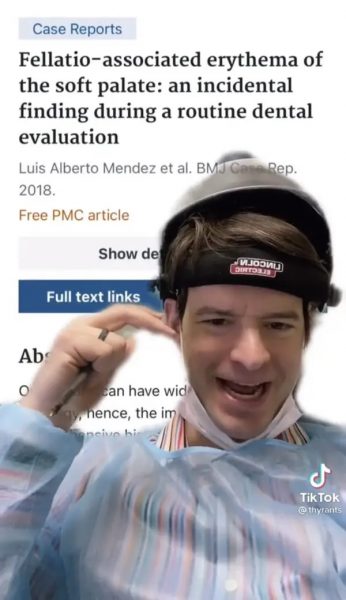 "Yeah, sometimes we can tell," TikTok dentist @thyrants said in one viral response. "And it's usually bruising on the soft palate called petechiae. But unless the patient's really young or shows signs of abuse, we don't care."

"Hey, I'm a registered dental hygienist. Let's talk about this," TikTok user @mandimaeee responded in another viral video. "So a friend of mine sent me this video and was like, 'Oh my god, Is this true?' Yes, it is."

"To say that I'd be able to tell if you did it three years ago? No," she continued. "But if you did it recently and you were a little bit aggressive about it … Some individuals might have, um, bruising to the palate, if you know what I'm saying. Soooo yes, we can tell."

TikTok star Carter Gallo asked his mother, a hygienist, about the rumor, and her response went viral: "Oh, yeah. Oh, totally … There are some things we just keep secret in the profession."

She went on to describe, in another video, how she would notice the palatal bruising in high school patients — who had no idea what she was looking at: 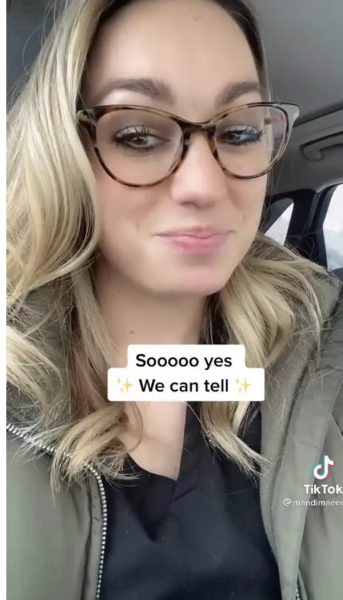 I used to get these high school girls that would come in Monday morning to get their teeth cleaned, and I'd ask them how their weekend was. And they'd go, "Oh, it was fine, I didn't really do too much." And you're looking in their mouth and you're thinking, Mhmm, you did a lot more than 'not too much.' Yeah, those were the best.
And Dr. Huzefa Kapadia, a general dentist in Michigan, addressed the rumors in a massively viral video that has amassed over 33 million views. 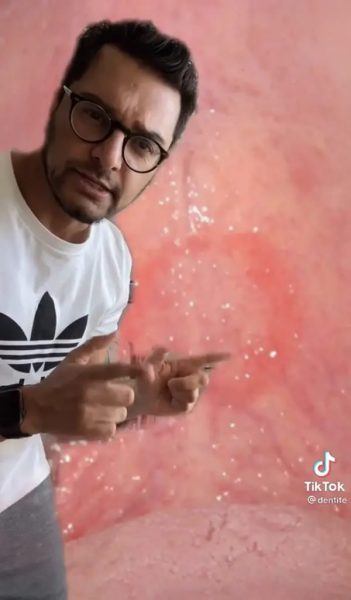 In a follow-up video, he explained the science behind it, echoing what other dental professionals have said: It's palatal petechiae that might give you away.

"It's gonna cause palatal petechiae, which is seen right here," he said. "As you can see, bruising of the soft palate and irritation, right there."

If this news makes you a little bit paranoid, you certainly aren't alone. But Kapadia said that he doesn't want his patients to fear being judged when they come in for a dental appointment.

"I received a ton of messages about guys and girls worried that they will get caught and their parents will find out," he said about his video going viral.

Kapadia wants patients to know that it's not a big deal, and dentists aren't likely to mention the palatal petechiae unless they're worried it's part of a larger issue: "We won’t say anything unless we suspect abuse of some sort. So their secret is safe with us."