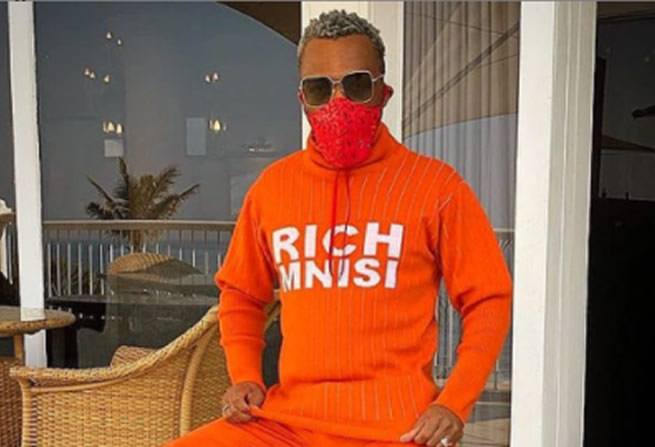 Despite advocating for the support of local brands, Somizi still couldn’t catch a break on Twitter.

Fashion designer Rich Mnisi was all the rage this week.

The designer’s xibelani skirt set tongues wagging after social media users could not believe the R59,999 price tag on an item that usually costs R2000 or less.

Media personality Somizi Mhlongo couldn’t help but jump into the conversation in his own way, showing off his latest purchases by the designer.

Whilst waiting for shibhelani I decided to buy something small for tomorrow pic.twitter.com/H9bUgfRdi4

Tweeps couldn’t help but think Somizi was doing this because of “peer pressure” and wondered if it was a paid advert for the luxury African brand.

One user even wanted purchase receipts of the products.

“Not in a bad way neh. At least attach proof of payment bcoz we know this promo scam which will result in peer pressure for an African child.”

The multi-talented star was ready to clap back to trolls suggesting he wasn’t using his own money.

Somizi responded: “Andizi shem….then another troll will tell me I shud have donated it to some ntonintoni phela nina ur never satisfied in these streets….one thing u shud know about me I support local brands and I buy most of the times including this one…if getting for free makes u sleep ok.”

The conversation then turned to how black people were comfortable with spending large sums of money on European luxury brands such as Louis Vuitton without flinching or questioning the price tag but shirked when it came to buying local.

DJ Vik said: “Africans are comfortable with spending R100ks on Gucci and LVs but have guts to drag, complain and shame their fellow African brother when he charges R100k for izimpahla zakhe, this stereotype must come to an end.

Being a celebrity is the pits imagine buying something overpriced just to spite the twelebs pic.twitter.com/5fOKYq8fDX

Not jelas at all
But seriously, what kind of a sad & Insecure person that feels the need to flaunt such excesss just to show how opposite his lifestyle is compared to other people’s well-being…Proud. ????????????????????

Celebrities usually get them for free for promotion, then a gullible person will buy it because Somgaga “bought” it too. I’m not hating on anyone though.