The woman believed to be the complainant in the ongoing case against DJs Fresh and Euphonik has levelled a very serious accusation against the South African Police Service (Saps).

The woman, currently only known by her Twitter handle @Nampree, alleged that the officers who have access to the documents filed as part of her case leaked her statement to the media. 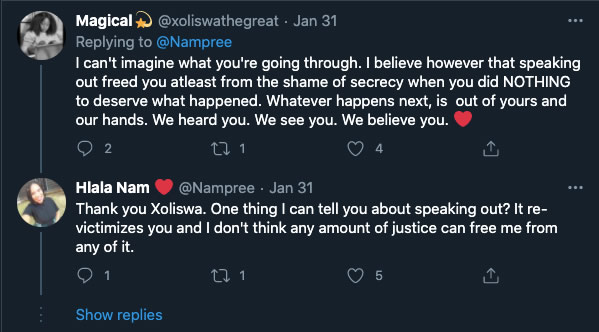 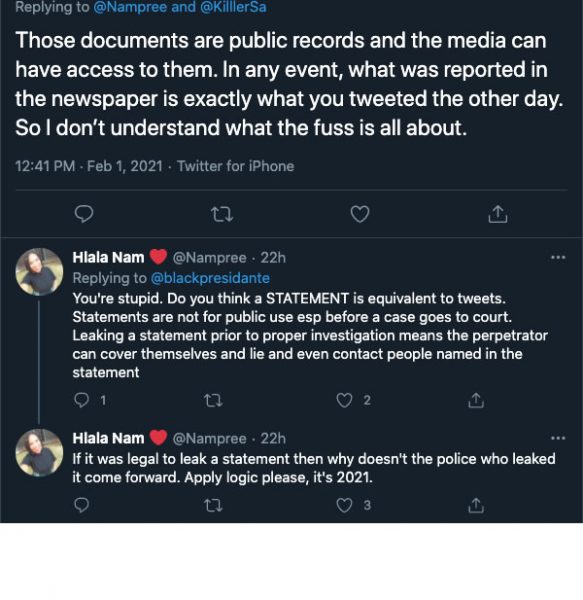 This after a local paper reported about the claims made by the accuser in her official police statement, alongside quotes from an interview with her.

“She must come to the police if she has an official complaint,” said Captain Kay Makhubele when contacted by The Citizen for comment.

This after Makhubele tried to ascertain how exactly she came to this conclusion and whether or not she had proof that the said leak had indeed happened.

In January, @Nampree took to Twitter to accuse the two DJs of allegedly drugging and raping her in 2011.

A few days later, she opened a case with the police.

“As per the case number you provided, I can confirm a case of rape was opened at Sunnyside Police Station and is under investigation. No arrests have been made,” Captain Mavela Masondo said to the publication at the time.

“We take these matters extremely seriously and apply a rigorous, systematic internal process to assess them. We are awaiting substantiation of the current information from the relevant authorities. Once we have this, we will respond accordingly,” said Crwys-Williams.

The following day, it was reported that the pair had “reached a mutual decision” with Primedia Broadcasting to step down from their roles at 947.