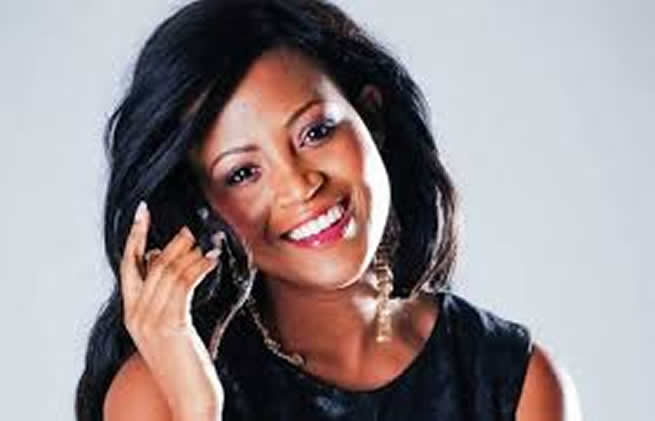 The actress recently shocked her fans when she took to her YouTube channel to share details of her toxic marriage.

This wasn’t the first time the actress opened up about the abuse though as she previously opened up in interviews about her husband being abusive and wanting to monitor her every movement.

Her husband whom the actress shares two children with was apparently abusive towards her physically and emotionally…he used to beat her up to a pulp!

Though the marriage ended in 2012, it took some time and courage for the actress to finally leave her ex-husband whom she’s never named.

The former Muvhango actress has since remarried and is currently Jabulani Chauke and the couple has one child together.

The Muvhango actress went on her YouTube video and highlighted the different reasons why women stay in abusive relationships and marriages and also highlighted how often times women quit work to satisfy their abusive husbands.

“When I finally left my abusive relationship, I went home back to my mother. Your family is always there for you, I know it might be hard to believe but they will love and take care of you.”

Most abusive husbands don’t want their wives to work as they want to be the sole breadwinners. When the partner becomes abusive, the woman is forced to stay as she’s solely dependent on him.

The actress also opened up about how the wives would speak to their mothers-in-law because it’s customary.

Women are taught to only take their problems to their mothers-in-law and this is unfortunate as parents will always take their children’s side.

The actress says the reason women stay in these relationships is that women are told to not speak to anyone about their marital issues and remain in these abusive relationships.

Makhado also brought highlighted a significant issue in society which is known as “abantu bazo thini” which means what will people say/think. They fear up being judged as people judge women for their failed marriages.

The actress encourages women to leave and start afresh as many times as possible and put themselves first.

Makhado is today an MC, a motivational speaker, and growing her YouTube channel to spark debate in Mzansi.

The actress played the role of Agnes on Muvhango. Agness was the first Khadzi on Muvhango and a sister to Azwindini Mukhwevho.

Could the ex-husband be the reason she left the soapie?