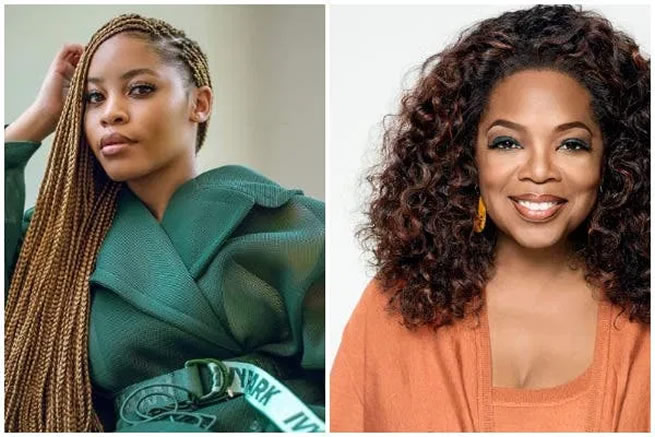 Not many of you would figure out the relations ship between Siphesihle Ndaba and Oprah Winfrey. Siphesihle Ndaba’s rise to being recognized in the acting industry has risen meteorically. The 22-year-old graces our small screen with the portray of Mazet in Mzansi Magic’s Gomora every weekday.

On her link and relationship with Oprah Winfrey, Siphesihle had this to say :

I am inspired by Oprah Winfrey a lot. She gave me the opportunity to attend her school and experience things and learn so much that I wouldn’t have had she not opened that school. I am so grateful for that and so my inspiration also comes from the idea that I want to create that world for somebody else. “Somebody else took a chance on me and afforded me the opportunity to do great things and I want to do the same and be that person in somebody else’s life.”

There are however some facts about Siphesihle Ndaba that you most probably did not know about.

1. She Is Oprah’s Daughter
The rising star matriculated from the Oprah Academy Leadership School.

2. Interest in Music
Music is also one of Siphesihle’s passions. During her time at the Oprah Academy, she was a member of the school’s Jazz band.

4. She Comes From a Big Family
In an interview with City Press, the actress revealed that she has 18 siblings.

5. She’s an Avid Book Reader
In her free time, Siphesihle reads books. Some of the books she’s read include Dreams from My Father: A Story of Race and Inheritance (1995), a memoir by Barack Obama.

6. Aspiring Director
Apart from Acting, Ndaba is also an aspiring director/writer. She directed ‘Skinned’ at the National Arts Festival. The play is described as an exploration of finding and creating black female joy, living in a marginalized and public body in the South African context.

Oprah Winfrey has a school in Mayerton, Gauteng that is a girls-only school. All the girls at the school are considered as her daughters as she takes care of them and pays for their school fees. Mostly those from previously disadvantaged backgrounds attend the school.