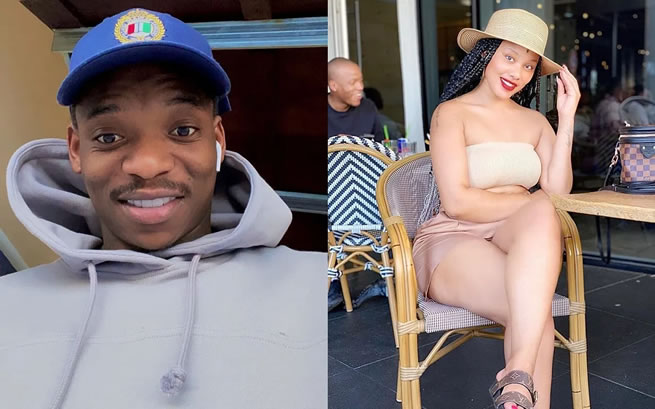 Kaizer Chiefs star Khama Billiat has spoken on allegations that he recently married a second wife.

The talented football star came out guns blazing following reports in South African media that he had recently paid lobola for South African TV presenter, singer and former actress Nomcebo Mthethwa to be his second wife.

Mthethwa is also one of the hottest Gqom artists in South Africa at the moment with her hit single “Makoti” receiving a lot of airplay on South African radio.

According to City Press, Nomcebo’s mother, Smaniso Mthethwa told the newspaper that Billiat was engaged to her daughter and that he had paid lobola for her. However, Smaniso was sparse with the details and referred all questions to the couple.

Billiat, 30, who has been married to Esnath Munyedawo, 38, for the past 10 years, was not happy with the article and dismissed it as being a fabrication. The Kaizer Chiefs star forward insisted that he is happily married to Esnath, who he referred to using the affectionate Mai Kim (Mother of Kim). He also said that he has no intention of getting married to someone else.

In an interview with a publication, The Chronicle, Billiat said,

“Khama has one wife, I never married anyone. I don’t know why people are doing this. I repeat I am happily married to Mai Kim (Kims mother),”

The football star did not address why Nomcebo’s mother had come to the conclusion that he had paid lobola for her daughter to become his second wife.