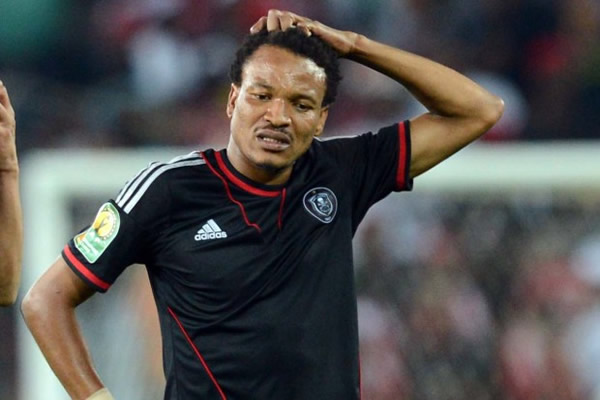 FORMER Bafana Bafana and Orlando Pirates speedy winger Tlou Segolela has allegedly been dribbled by thugs in a case of stolen identity.

The 30-year-old midfielder got the shock of his life when he discovered that scammers where fraudulently opening clothing accounts and applying for bank loans using his identity document.

He subsequently opened a case of fraud at the Douglasdale Police Station, in Joburg earlier this month. According officers close to this case, the former Polokwane City winger, who’s currently a free agent, is afraid he’ll accumulate millions in debt if these thugs aren’t caught.

The officers, who asked to remain anonymous, said the footie failed to report his identity document when it got lost in 2016.

“Investigators asked him whether he had lost his ID, he informed them it got lost at the airport two years ago,” said one officer.

Another cop said: “He said he din’t know how his private information was obtained, but started getting calls from various call centre agents telling him that clothing accounts where approved.”

Douglasdale cop shop spokesperson Mpho Tshetlhane confirmed that a case of fraud had been opened and no arrests had been made. Segolela denied falling victim to scammers and refused to comment further, insisting: “I don’t know what you’re talking about.”