Home Celeb Gossip Nomcebo Zikode and Makhadzi celebrate as they dominate song of the year... 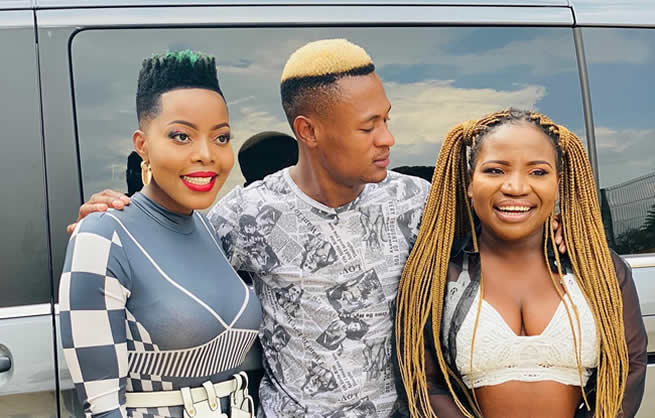 Nomcebo Zikode and Makhadzi have dominated the Song of the Year top picks of many national radio stations.

“All my fans, Khadzinators, I thank you. I see all the love in the country and across the border. All radio stations that crossed over with Murahu , from the bottom of my heart I appreciate the love,” Makhadzi said.

“I never thought that one day I will achieve so much, I mean Metro FM and Lesedi are so big. I'm so happy and thank God every day. I never thought when I wrote and recorded this song that South Africans will love it this much, ” Zikode said.

“For me it doesn’t matter how many radio stations chose me as number one, what matters is that my name is being mentioned in so many top 10s.

“There are so many politics around it obviously, but I try by all means to not focus on them and do what God wants me to do.

“It ’s God that will lead me. I can ’t promise more hits or say that I ’ m bigger than others because I know with this industry today it’s me and tomorrow it ’s someone else.”

Khuzani ’s Ijele received a staggering 957,950 votes to be named Ukhozi FM ’s Ingoma Ehlukanisa Unyaka. As usual the campaign was marred by court drama after Owen Ndlovu ’ s Michael Owen Productions issued an urgent application to interdict the SABC from announcing the results of the poll.

According to a statement by the SABC, the South Gauteng High Court in Johannesburg struck off the application from the roll due to lack of urgency.

“The SABC is pleased that the court order removes any confusion that may have been occasioned by the application and reiterates the SABC ’ s position that the corporation was within its right to continue implementing Ukhozi FM ’ s ‘ Ingoma Ehlukanisa Unyaka ’ campaign which has been running over the years on the station,” said acting SABC spokesperson Mmoni Seapolelo.

Elsewhere, Umhlobo Wenene and Ligwalagwala FMwere in agreement that viral hit Mali Eningi by Big Zulu featuring Riky Rick and Intaba Yase Dubai was their Song of the Year.

IKwekwezi FM listeners chose relatively unknown Ganu Ganu by trio Mega, Cube and Audrey Kozwana as their Song of the Year. However, there were some unhappy listeners who took to social media complaining and lambasting the choice.