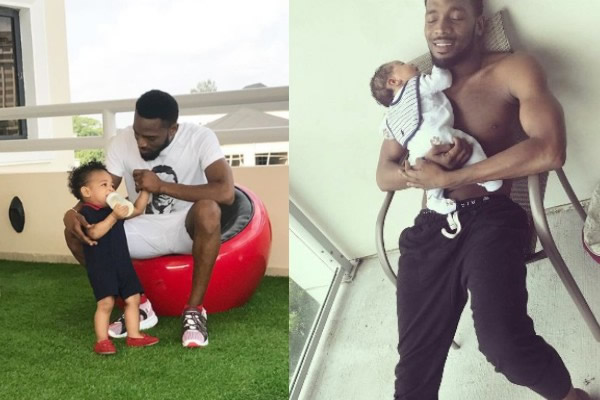 The toddler reportedly drowned at a pool in the singer’s residence in Ikoyi, Lagos.

Although the news filtered in on Sunday evening, the singer confirmed the sad news in the early hours of Monday.

The singer took to his Instagram page to post a black image with the caption: “Trying Times. But my God is Always and Forever Faithful.”

The corpse of the child has been reportedly moved to the morgue.

D’banj is currently in Los Angeles to attend the 2018 BET Awards when the death of his son occurred.

The singer marked the first birthday of his son, in May.

Another singer, Davido, who won the Best International act at BET Awards on Monday morning, paid his condolence to Dbanj on his son’s death in his acceptance speech.

The singer’s other colleagues and fans alike have also been commiserating with him.

D'banj became even more popular with South Africans when he dated media bae Bonang Matheba. Bonang and D’Banj looked to have all the ingredients of a pan-African mega couple.

That was until D’Banj declared his affection for “the love of his life”… who wasn’t Bonang. In no time, Bonang the quickly found solace in equally controversial AKA who was dating DJ Zinhle at the time.