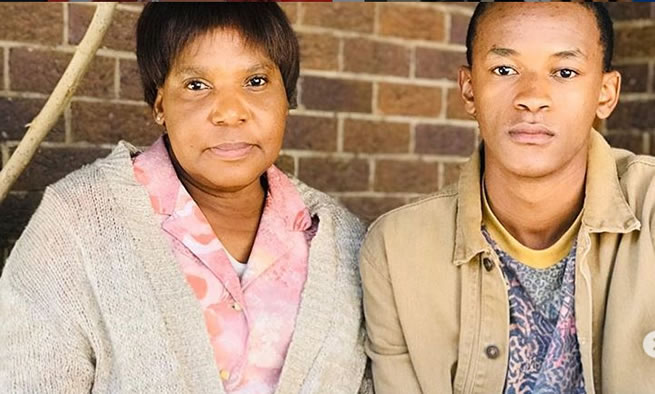 SA's fave mother and son duo, Zodwa and Teddy, are going through tough times on Gomora because Zodwa doesn't believe her son is a rape victim and desperately needs her support.

Teddy's teacher, Miss Manzi, took advantage of the childish crush Teddy had on her to lure him into her bed and rape him. Viewers of the Mzansi Magic telenovela have been going through the most watching a first confused then suicidal Teddy trying to deal with the manner in which Miss Manzi had violated him.

After what felt like forever, Teddy finally managed to share his horrific experience, which saw the Dlamini family and his friends rally around him and show him support.

However, the one person he hoped would believe and support him — his mother — didn't understand how a “boy can be raped”.

While viewers understood where Zodwa was coming from, as her reaction is typical among black people in the townships or kasi, they were heartbroken on Teddy's behalf.

“What Zodwa is doing to Teddy in #GomoraMzanzi hurts more than the rape itself,” one tweep said.

“It's saddening there are parents like Zodwa in our communities who would have reacted exactly like her. Baby boys are having it hard indeed,” another tweep said.

Here are some of the reactions below:

Zodwa represents most of our black parents…

May we break this generational curse. Support your children guys. No matter what you might be scared of. #Gomora #GomoraMzanzi pic.twitter.com/u5x82xeoxj

#GomoraMzanzi zodwa is standing for the public, the society, how everyone thinks the boy can’t be raped, for that I forgive her. I know how much he loves his son! We all do! pic.twitter.com/fy2HJfMXXc

#GomoraMzanzi Zodwa needs to do better by her son, Teddy doesn’t deserve this🥺 pic.twitter.com/R8kggyWpDs

How Zodwa is reacting to this Teddy situation is exactly how a lot of people in the society react to victims of rape#GomoraMzanzi #Gomora #gomoramzansi pic.twitter.com/8CS0nuRuxR