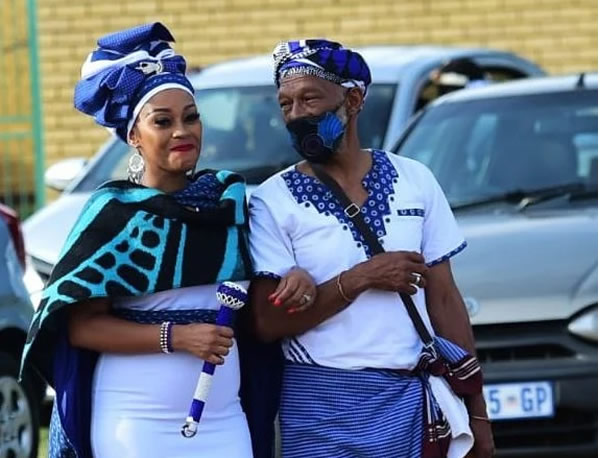 The actress sealed her union with her partner Lebohang Keswa at her home in Tladi, Soweto, on Tuesday.

The couple wasted no time, as they decided to seal their union officially within 10 months of meeting each other. 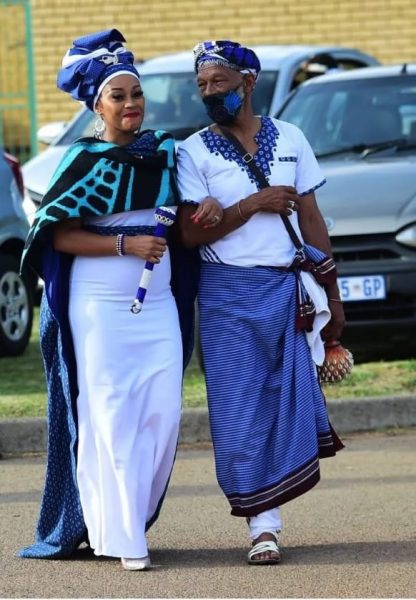 The wedding festivities started with a traditional dancing ceremony, led by popular traditional healer Alfie 'Majabula' Mahlangabeza of Umndeni fame, to introduce the couple to each other's ancestors and unite them.

Makhene and her blushing bride Keswa danced for guests after the traditional ceremony. Makhene blessed her in-laws with gifts she had picked out herself, and Keswa also gave her new in-laws gifts.

Keswa wore a traditional white two-piece, accessorised with a Basotho blanket over her shoulder, while Makhene sported blue shweshwe traditional attire with a long cape.

Two weeks ago Letoya and her businesswoman partner Keswa had sent out private invitations to their guests for the one-day wedding celebration.