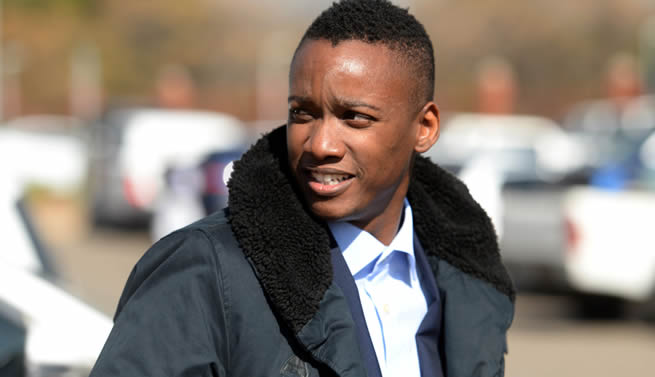 In most cases, when an author is promoting their new book, the publisher/distributor would host a few readers for short speeches and a book signing by the author.

The author may add a short personalised message to the reader along with their autograph, making it extra special.

But this is not the case with SA Idols judge Somizi Mhlongo and his businessman pal, Duduzane Zuma, who is the son of the former president of South Africa, Jacob Zuma.

In a recent social media post, Mhlongo, who recently released his most anticipated cookbook, Dinner at Somizi’s – I am not a chef’, shared a photograph of Zuma showing his support.

The Metro FM presenter simply captioned the post: “Thank u (you) buddy”

While fans were commending the ZumaxMhlongo bromance, it was the second window of the photograph that left Twitter confused.

The book displays a message, dated and signed by Zuma, and it read: “ To my brother Somizi.

The post received mixed messages as tweeps attempt to comprehend why Zuma, who is not the author, is signing the book instead of Mhlongo.

Isn't the Author supposed to be the one to sign their own book?

After years of teasing his fans with the release of his own a cookbook, Mhlongo finally released his “self-published” culinary book, and judging by the social media reactions, it seems the book is already a hit with many South Africa.

True to his lavish lifestyle Mhlongo hosted a star-studded book launch in Joburg, just a few weeks ago.

Earlier in the year, Mhlongo launched his first cooking show Dinner at Somizi's” on 1Magic.

Although the show has been a hit, it was embroiled in controversy, following allegations of intellectual property theft.

Mhlongo later rubbished the allegations, insisting that he never stole the show concept from anyone.

“I did not steal anybody’s concept and I will never again claim I came up with an original concept.

“I was inspired by a whole lot of shows,” said Mhlongo at the time.

“The name, Dinner at Somizi's, I was one of the people who suggested the show must have my name in, but anyone can come and say 'this is my idea'.

“My show is not an original concept,” he said.