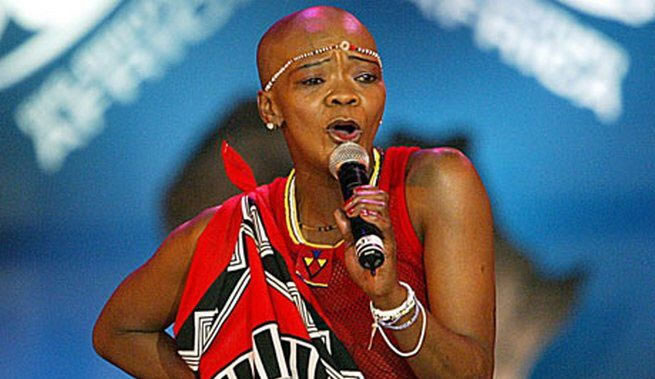 In her day as SA's queen of pop, the late Brenda Fassie dominated the festive season airplay without much competition until she passed on.

Over the years, various artists and groups contested vigorously to own the festive, with varying degrees of success but none dominated like Mabrrr. In the year like no other, Fassie is set to return to festive season charts with a brand new release, I Love You Babe.

The song will be released on Saturday on all digital platforms alongside the remix of Fassie's biggest selling single, Nomakanjani, which was released in 1999 to commemorate her birthday month. Fassie, who died on May 9 2004, would have turned 56 on November 3.

The Nomakanjani remix, with amapiano feel, was done by DJ Master Jazzy Dee and features Nokwazi Dlamini on vocals.

She recorded the soulful track I Love You Babe with Zambian singer Ackim Simukonda, who also died in the early 2000s.

He said the song was reproduced by himself, Tronix Madibe, Orrack Chabangu and Louis Stevens.

Bongani said he was proud of what they achieved. He explained that working on the single was a humbling and emotional experience for the production team.

“It was nostalgic but reminded me of her unpredictability and how talented she was. I am very happy about the release of the two singles. It feels like a new beginning for me and my family. Thanks to DJ Master Jazzy Dee for the remixes and I hope to work him in the near future on more songs that are yet to be released from Brenda’s catalogue no one has heard.

“I look forward to working on a best of Brenda remix album that will include local and international producers, with guidance from the Universal music group,” Bongani said.

Singer Dlamini expressed her joy for her involvement in the song.

“Working on the song in the studio brought back old memories because I worked with Brenda a lot and we were close. I feel that being featured in the album is also a way for me to honour her. Brenda used to say to me…'one day you will take over from me.' I guess the time is now,” she said.

Bongani also revealed that he and his team were preparing to mark 20 years of Brenda's death in 2024 by releasing her biopic and staging a theatre production. The theatre piece was initially planned for this year until the coronavirus pandemic ended the plan.