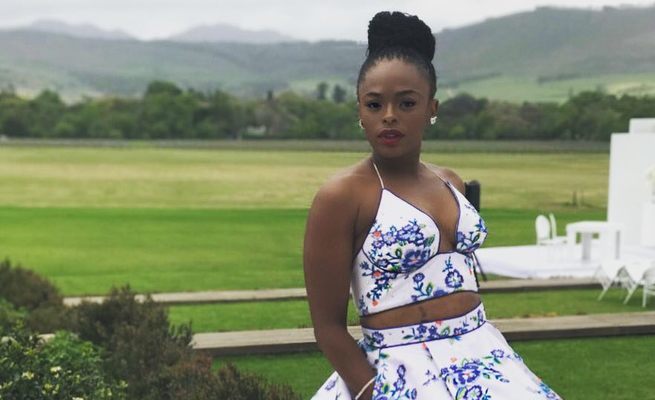 Idols SA judge and musician Unathi Nkayi has defended herself and her decision to decline a request from a fan — who wasn't wearing a mask in a public place- to take a picture after the fan took to her socials to paint Unathi as rude.

Unathi posted a comment she received from the fan, who calls herself @zuvahabane, who told her that she dismissed her fans coldly. This after Unathi and Zuva met at The Maslow Hotel Sandton, where they had a rather unpleasant interaction.

“Things have changed and they have changed forever and we will all react differently because of our personal journeys and responsibilities,” Unathi said.


The musician, who has lost friends and family to Covid-19, took to Instagram to share her truth about why she declined the offer, and apologised for coming across as “dismissive”.

“I am noticing an increased tension building with people I have never met who want to engage with me and get offended if I decline when they are not wearing masks in public places. This is the new norm and it is going to be like this for a while.

“Daily, because I come from the Eastern Cape, which is terribly affected, we are receiving news of people dying. As I speak I must return there tomorrow to bury my gran. My friends are losing their parents, siblings and colleagues, and this is hitting all of us hard,” Unathi said.

Unathi then gave a disclaimer to all her fans, saying it was better for them to rather call her names because she was not willing to compromise herself for the sake of their selfies.

“I guess this is my disclaimer. Call me anything you want under the sun. If you’re not wearing a mask, don’t expect anything from me,” she concluded.

Unathi got the full backing of her fans in the comments section, and even had some of her celebrity friends, including Lorna Maseko, Minnie Dlamini and Ayanda Borotho, weigh in on her situation.

“The entitlement is beyond me. Wow — humans,” Lorna said.

“You did nothing wrong Unathi, and it’s very sad you have to explain that just because she was upset you didn’t take a photo with her, based on her actions or lack thereof? Hayi,” Minnie said.

“Even if she was wearing one and you didn't want to take a pic, that's perfectly fine. Where do these pics end up to begin with? No one is entitled to your space, I don't care if you are Maradona. You are human. You have bad days like everyone else and you certainly don't have to explain yourself. That 'see you at the top' explains her character. You've already been judged because of what you do (not WHO you are)," Ayanda wrote.

Read the initial interaction between Unathi and Zuva below: