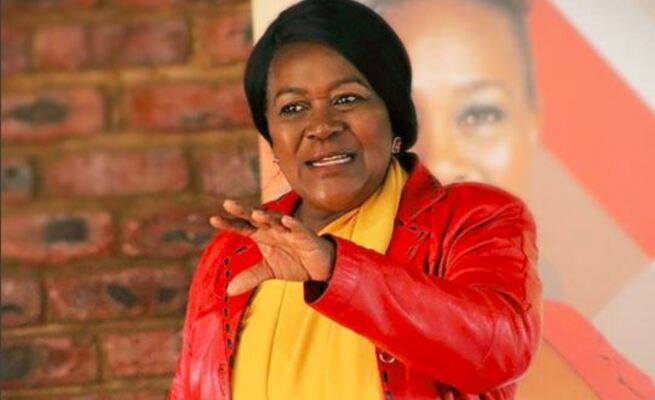 Gomora's God-loving gangster queen Mam' Sonto is under serious investigation from both detective Mahlasela and her very own “Thati Mababy” and it has reached a point where Sonto's fans are ready for her to kill the detective so the investigation can “die”.

Obviously not used to seeing Mam' Sonto under pressure, her fans are not coping with the suspense and the stress that comes with supporting the villain when it looks like the long arm of the law may finally catch up with her. Having had the police in her pocket, Mam' Sonto has been living her best criminal life — undisturbed — until the shiny new detective Mahlasela started making her life difficult.

Untangling one thread after the other of Sonto's carefully woven criminal cover-ups, Mahlasela has been like a dog with a bone. He is determined to arrest Mam'Sonto one way or the other, for one or a couple of the crimes he's certain she committed over the years, including hijacking her son-in-law (Mbongeni) and essentially murdering him … even though it was Ntokozo who pulled the trigger.


A snippet into what this week holds for Gomora fans, showed them that Mahlasela will have Mam' Sonto sweating bullets when the good detective manages to tie the murder weapon that killed Mbongeni to Ntokozo and goes on to arrest him.

Meanwhile, fans don't like the fact that their “Chuck Norris” is breathing through the wound and their suggestion is that Mam' Sonto should just “get rid” of the detective!

See their reactions below:

just when you thought 2020 was going to be a greeeeat over boom the detective comes back for you #GomoraMzanzi #gomora #gomoramzansi pic.twitter.com/tfVsOxGBCW

I don't like this detective phela Ntokozo is my friend 😭😭😭😭#GomoraMzansi pic.twitter.com/mpXB5chqDq

Detective Mahlasela is doing a great job, but Mam' Sonto is always a step ahead of him.. #Gomora #GomoraMzansi pic.twitter.com/sybz16SxIK