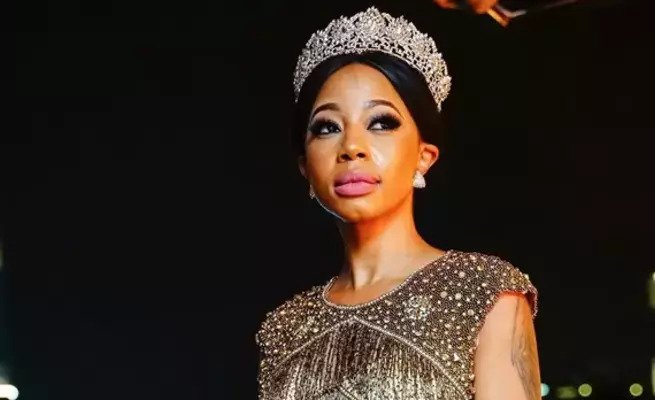 Celebgossip.co.za has learnt that Khumalo,is not 35 years old as she claims.

This according to the papers filed by the bank in the Joburg High Court for an order to repossess her Porsche.


This was according her identity document number appearing on the vehicle sale agreement contract entered into by the musician and the bank in 2017.

This means the talented songbird turned 38 last week. The startling discovery of her real age embarrassingly flies in the face of claims that she was born in 1984 and turned 35 last year.

Khumalo argued after realising her hit song Qinisela in 2005 that she was born in 1984. Even her internet biography states that.

In November last year, Khumalo, who has just released hit single Empini, celebrated her ‘35th birthday’ shindig in Joburg. Pictures of the chanteuse, immaculately dressed in a stunning gold number by La Principessa Bridal Wear, with the caption “#HerroyalHighnessturns35” flooded social media platforms with her legion of her fans and supporters showering her with birthday wishes.

Khumalo couldn’t be reached for comment at the time of going to print as she ignored our phone calls and text messages sent to her.