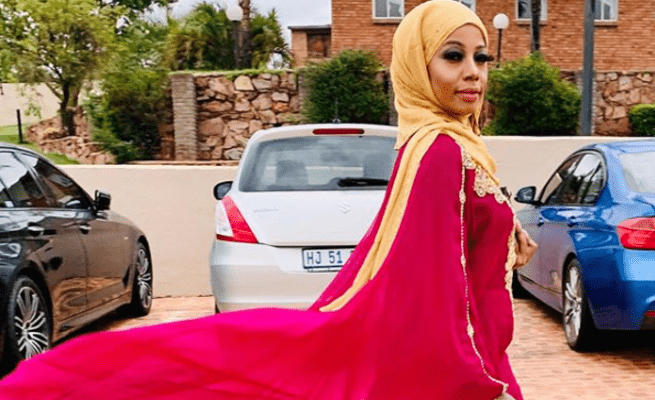 As afro-pop singer Kelly Khumalo publicly battles claims that she was implicated in the murder of her slain boyfriend Senzo Meyiwa, the songbird is secretly fending off repo-men who want to confiscate her car for defaulting on her instalment.

Nedbank’s vehicle finance wing, Motor Finance Corporation (MFC), has filed papers in the Joburg High Court for a default judgment against the songbird after she defaulted on payment for her luxury Porche Cayenne TipTronic vehicle.

According to the papers in our possession, Khumalo, whose hit single Empini is taking the music industry by storm, got a loan of about R500 000 to buy the 2011 model road monster on March 24 2017. Khumalo was supposed to pay just under R10 000 in monthly instalments, excluding insurance, until April 4 2023.

But the musician defaulted on her instalments and was more than R62 000 in arrears as at July 10.

The bank’s lawyers, DRSM Attorneys, said in the papers that they wrote a letter to Khumalo on July 13 demanding that she settle the arrears to keep her account up to date. The bank cancelled the sale agreement on August 20 when Khumalo failed to respond to the letter.

They said they wrote another letter to Khumalo and informed her to surrender the vehicle as the sale agreement was cancelled but she failed to do so. The lawyers further said summons was served on her on September 11 but she failed to enter an appearance to defend within 10 days as prescribed by the law.

Now they are pleading with the court to grant the bank a judgment and an order that will force Khumalo to surrender the vehicle and forfeit all the money she paid in instalments.

Khumalo couldn’t be reached for comment as she ignored our phone calls and text messages.