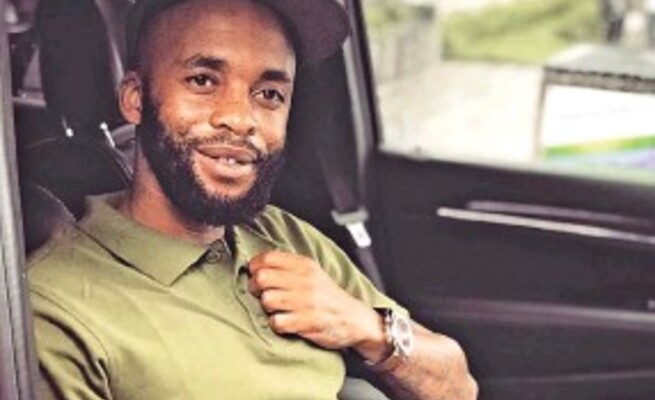 Football star Oupa Manyisa’s marriage to his wife Johanna is going up in smoke like his illustrious football career.

Johanna has red-carded the former Mamelodi Sundowns midfielder after accusing him of engaging in multiple extramarital affairs with different makhwaphenis.

The explosive tidbits, which were kept hush-hush, were revealed by Johanna’s close relatives in an exclusive interview with Sunday World in Kempton Park, where the couple reside with its two kids.

The disintegration of Manyisa’s marriage would be a blow to his stability as it would come at the backdrop of the sudden termination of his contract by Tshakhuma Tsha Madzivhandi l a , leaving him unemployed after plying his trade in the money- spinning PSL for over 10 years.

One r el a – tive, who did not want to be named for fear of victimisation, said Johanna told them her marriage to Manyisa, whom she legally wedded on October 28 2014 at Edenvale Home

Affairs, had irretrievably broken down.

“She said Oupa behaved inappropriately, more particularly by seeking to obtain companionship and services of women unknown to her.

“She claims that he entered into at least one adulterous affair before their marriage faltered and is currently going out with another woman, whom she did not mention.” Another relative also confi rmed the collapse of Manyisa’s union and added that divorce was indeed on the horizon as Manyisa’s wife has already briefed her lawyers to file divorce papers.

The relative also said the divorce was likely to be as acrimonious as that of DJ Black Coffee and his estranged wife, Mbali Mlothswa, as Johanna is demanding a division of the estate and close to R100 000 in papgeld and spousal maintenance a month from Manyisa.

The next of kin said Johanna also wanted custody of the children, which Manyisa is likely to challenge.

Manyisa said he had no idea what his wife was talking about. “She is the one who can answer the questions you are asking me.”