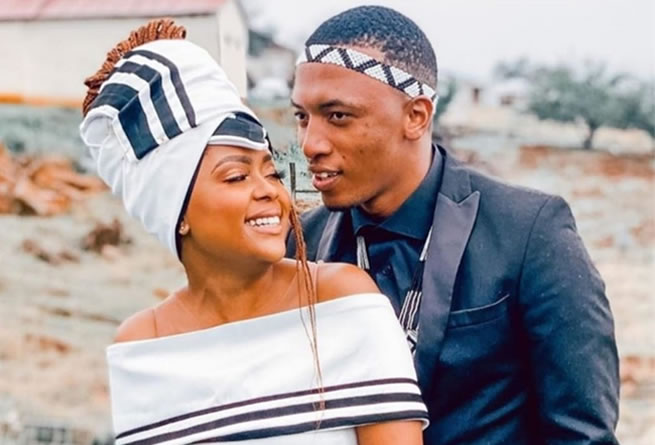 On Saturday, the gospel star, whose real name is Mdumiseni Ndzimande, and his wife celebrated a year of legal marriage with a traditional wedding.

The event was held at Dumi’s home in Mount Ayliff, Eastern Cape. The day started with the umembeso ceremony where the new makoti gives her in-laws gifts, followed by the umbondo ceremony where she serves them food.

Speaking to Daily Sun, Ziphozenkosi said: “I am now officially Dumi’s new makoti. Everything went well. I’ve been waiting for this day for more than a year.

“The day started with me and my entourage standing outside Dumi’s home. We were carrying food and presents for my in-laws.

“After some time, the Ndzimandes opened their gates and I was officially welcomed into my husband’s family. For me, it was a remarkable moment because it meant I was one of them and there was no turning back.

“It officially marked my new journey as Dumi’s wife. Anther good moment was when I handed over the gifts. Accepting my gifts meant they welcomed me as their new daughter.”

As is traditional in Xhosa culture, Ziphozenkosi also got a new name.

“My mother-in-law named me Zethembio Zenkosi. This means from now on, I will be called by that name,” she said.

Dumi told the SunTeam a cow and four sheep were slaughtered to welcome his new makoti.

“Last year, we had a white wedding but my wife had not been officially welcomed by the Ndzimandes. This traditional wedding was the officially welcoming of my wife and it marks the final leg of our new journey as husband and wife,” he said.

Dumi said he would have loved to have a bigger wedding but only around 250 people could attend due to lockdown regulations.