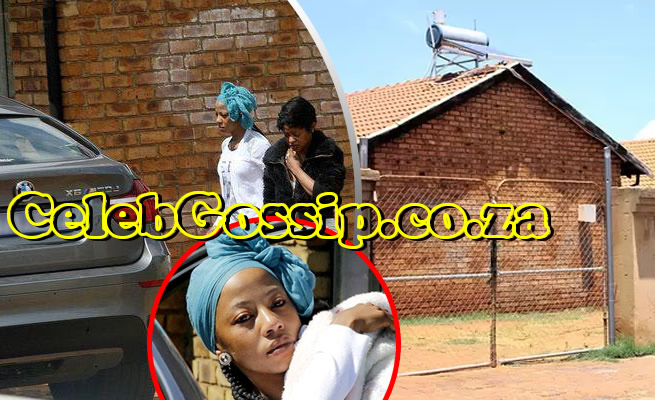 Neighbours, owners of house unwilling to talk about what happened that fateful night

The house where former Bafana Bafana and Orlando Pirates goalkeeper Senzo Meyiwa was shot and killed six years ago is still viewed as tainted by neighbours in Spruitview near Vosloorus, east of Joburg.

It was at his girlfriend Kelly Khumalo’s house where Meyiwa was killed in 2014 in front of witnesses in what was alleged to be a botched robbery at the time.

The house at the time of the murder had no fence, but last week when Sunday Independent visited, we found a brick wall had been built around it – effectively shutting out prying eyes.

It also has new owners, said to be the second set since the killing.

A guard dog barks when strangers attempt to enter the premises.

The Sunday Independent team was met with hostility when one of the occupants was asked what it’s been like living in the neighbourhood, given the history of the home.

“We don’t want to be involved. We know nothing.

“My parents are very old so the last thing they need is unnecessary attention from the media,” said the young man, who kept making sure the gate was locked.

Often referred to as Mzamo Acres, it is a typical middle-income neighbourhood where residents seem to mind their own business, keeping within the vicinity of their own walls.

No children were seen, at the park nor on the streets playing.

The quiet afternoon had little activity on Kutlwanong Street, with neighbours making their way to the local spaza shop every now and then.

A few houses down the road from the former Khumalo home, we found a woman watering her garden.

We exchanged friendly greetings, to which she responded politely until the conversation veered towards the October 26, 2014, incident, when Meyiwa was shot. She then shut off the hose and lost interest in us.

One neighbour who was walking down the street spoke briefly when approached, saying he remembered that evening six years ago, and that he suspected foul play following the appearance of five suspects at the Boksburg Magistrate’s Court on Tuesday.

“I remember hearing a gunshot that night six years ago. It was a regular evening, when it went off at around 8pm. I then heard screams and realised there was a commotion.

“It dawned on me only later that the person who was shot was Senzo.”

At the time, it was reported that six people were present and allegedly witnessed the shooting – Khumalo, her mother Ntombi, her younger sister Zandi and Zandi’s boyfriend Longwe Twala and two of Senzo’s friends.

But on Tuesday, none of these people were in court and the suspects in the crime refused to enter the dock.

“How does that happen? Everyone in the ‘hood asks themselves that. We are not saying much, but there sure is a general concern,” a neighbour said.

Speaking to the Sunday Independent, Meyiwa’s brother Siyabonga Meyiwa said the family is hopeful the police are onto something.

“We are prepared through the workings with AfriForum, which was a strategy we developed as a family.

“We are also making sure the process has integrity.

“They have been helping us a lot.” He said the family had put pressure on the National Prosecuting Authority, by saying that if it would not prosecute, then they would do a private

My parents are very old so the last thing they need is unnecessary attention from the media Son of new owners prosecution through Afriforum, which applied pressure on the NPA to ensure that something is done, he said.

“Otherwise they would have to issue us with a certificate informing us they won’t prosecute, after which we would have taken that process to do a private prosecution.”

About the five suspects refusing to enter the dock, Siyabonga said it was disturbing for the family to watch.

“In my view, those guys were trying to make a statement so the glaring issues as far as they are concerned, came across to the public so that people may start asking themselves questions. They were obviously pointing to some direction, as one of them pointed out that there are people who are not being arrested, who should be.”

Siyabonga believes that certain people have to be arrested, but didn’t mention who.

“We also believe that some police have to be arrested because there has been some meddling of some sort in making sure that certain things go wrong, or information isn’t forthcoming on time, etc.”

According to him, their mother is encouraged by the positive developments, and that people are still interested in finding out the truth about what happened to their fallen star.

“She is soldiering on. We all need hope. We also try to provide her with the medical help she needs so that she doesn’t suffer the same fate our father did.

“One of the things we are trying to avoid is a situation where the police do things that would lead to it being thrown out of the court.

“We are going to make sure that we prevent things such as those from happening, as much as we can,” Siyabonga said.