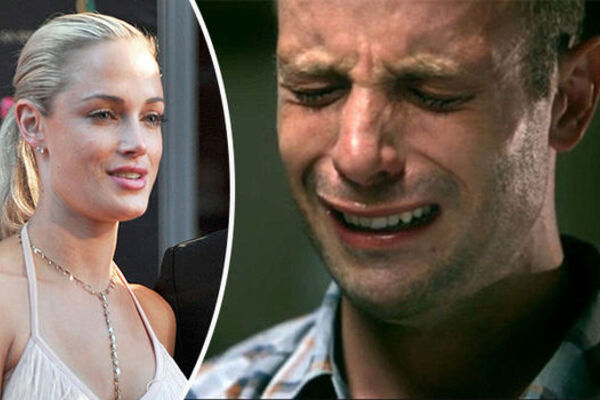 There was a time when his face was all over the news: Oscar Pistorius the inspirational Paralympic champion whose fighting spirit took him from one triumph to the next. The world watched in awe. Then it was Oscar the murder-accused, fighting tooth and nail to stay out of jail for the 2013 Valentine’s Day fatal shooting of his girlfriend, Reeva Steenkamp.

But since the prison gates slammed shut behind him in 2016, things have been rather quiet on the Oscar front. There’ve been occasional snippets of news but nothing substantial, which has left people wondering: what have four years of prison done to Oscar?

This is exactly what Bill Schroder, Oscar’s former headmaster at Pretoria Boys High, was thinking as he drove to visit the athletic star at Atteridgeville Correctional Centre.

Like many South Africans, he remembered Oscar as the clean-cut golden boy so he was taken aback when he saw him for the first time.

“He has grown a beard, which I don’t think does him any justice,” Bill reveals in a new documentary.

“He is smoking. I didn’t mention it but I could smell it on him when we hugged.”

As the Blade Runner, as he used to be known, prepares to spend his 34th birthday behind bars later this month, a new four-part series, The Life and Trials of Oscar Pistorius, made by sports channel ESPN is getting people talking about him all over again.

Bill, who is one of the scores of people interviewed for the doccie, admits he was surprised when out of the blue he got a call from the prison.

Oscar was phoning from a telephone booth and it was so noisy that Bill almost hung up on him because he initially didn’t realise who it was.

But then he heard the words, “Sir, is that you?” and twigged who it was.

Oscar had heard that Bill’s wife had passed away and was calling to convey his condolences. He asked if Bill would be willing to visit him in prison.

It was an emotional reunion. Bill says

Oscar immediately hugged him and started crying. From the time they spent talking it’s clear to him that more than anything, “Oscar craves forgiveness”, Bill reveals in the documentary, which will soon be available on DStv Catch Up.

But Bill’s advice to his former pupil was simple. “I said, ‘The only forgiveness you will ever get is to forgive yourself ’.”

Although Arnold doesn’t offer details, it’s clear his nephew has struggled. A few years ago there were reports that he’d sustained bruising after getting into a fight with another inmate over the use of a public phone.

The brawl happened shortly after the Supreme Court of Appeal overturned Oscar’s earlier conviction for manslaughter for the death of Reeva – who he claims he shot through a closed bathroom door after mistaking her for an intruder – and found him guilty of murder.

His sentence was increased from six years to 15.

Arnold says because of strict prison rules, the family’s contact with Oscar has been limited. At this point, he adds, Oscar may receive only one visitor at a time for a single 30-minute visit a month.

“So we miss him, and it’s very hard to contact him.”

Covid-19 means the restrictions have become even tougher.

“Since January we haven’t seen much of him. For a few months we couldn’t send letters and the telephones were broken at one point too, so he couldn’t call us.”

Arnold says the last time he saw Oscar, his nephew was doing okay.

“He was in a good state of mind and he’s keeping his chin up. His focus is on his faith and he’s studying the Bible. He’s finding his strength in God but he misses his loved ones.”

DOCUMENTARY- MAKER Daniel Gordon (47) says over the past four years he’s got to know Oscar well, even though it has only been through the eyes of the former athlete’s nearest and dearest.

Daniel is best known for the documentary The Fall, about Zola Budd and Mary Decker’s infamous collision at the 1984 Olympic Games in Los Angeles.

And it was clear to him that Oscar’s story was even more dramatic. “I have done films about sports heroes, so I know they’re flawed human beings underneath it all,” he says as he speaks to us by video call from his home in Sheffield, England.

The film took him to eight countries – including Italy, America, Iceland and Germany – as he followed in Oscar’s footsteps, and involved interviewing more than 200 people.

Daniel says his aim was to make the definitive Oscar documentary and he believes he has achieved this by getting several key people who’d previously declined to speak in front of his cameras.

Arnold and his daughter, Maria Janse van Rensburg, as well as Oscar’s aunt, Diana Binge, and his brother, Carl, are among the close family members who appear in the doccie. The one voice that’s missing is Oscar’s dad, Henke Pistorius. Daniel says he declined to be in the film.

He hasn’t had an opportunity to see his son since January, Henke tells YOU. “He had a bit of a stubble – they don’t always have the luxury of hot water to shave.”

Henke denies allegations made in the documentary that he was an absent father. “Oscar always knew I was there for him. He could call me 24 hours a day and ask for my help. I’d jump in and help, no questions asked.”

And no matter what, he’ll still always be there for his son.

The Life and Trials of Oscar Pistorius chronicles the rise and fall of the former athlete after the death of his girlfriend, Reeva Steenkamp in 2013.

These are some of the people who open up about Oscar in the documentary.