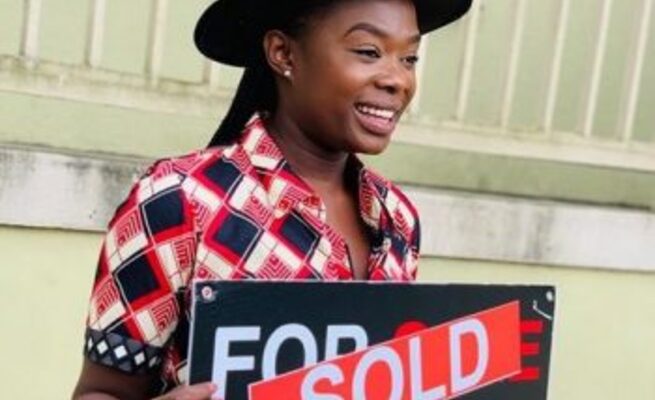 The 26-year-old Kwa-Mashu, Durban born actress Noxolo Mathula who recently purchased herself a car, has again spoiled herself with a house.

Taking to her Instagram, Noxolo revealed that her dream has come true, and more is coming, “ its possible black child” she joins the #girlswithproperty crew.

According to real eastate agents Prime Propertysa website, Noxolo’s house costs R1.8 million and details are not available on the payment method she used to acquire the property.

Lilly previously sets tongues wiggling with her social media post, the multi-talented artist had people wondering if she is possibly related or actual be the daughter of former President Jacob Zuma.

The speculation started when the 26-year-old actress shared a photo on the social media platform Instagram in which she is standing next to former president Jacob Zuma at his famous Nkandla presidential residence.