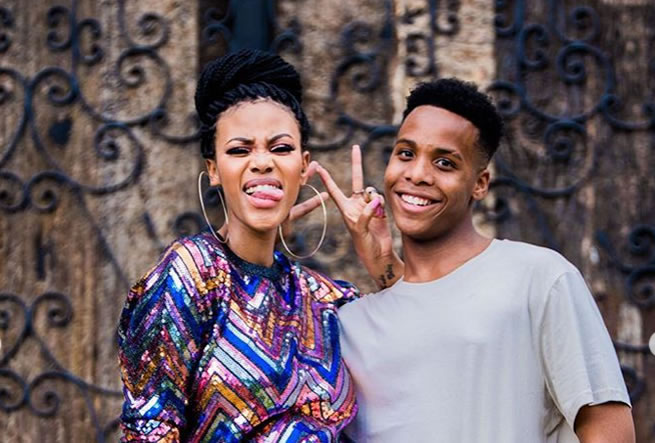 Tragedy has hit TV and radio presenter LootLove's family and she's devastated as she mourns the death of her baby brother Luke.

In an Instagram post that featured a beautiful snap of her baby brother Luke, LootLove explained how she was struggling to come to terms with the sudden loss of her young sibling.

“Light of my life. My heart is in shambles. I love you so so so so damn much. I would do anything, anything to bring you back. I would give anything to see this smile again. I can’t believe my babies are going to go through life without uMalume, their absolute favourite person. I can’t believe God thinks I’m strong enough to do this,” she wrote.

Though no details have been released around the cause of Luke's death, LootLove's friends and fans have flooded her TL with condolences and messages of love, light and healing.

On her Twitter account, Loot expressed her heartbreak and said that nothing would ever be the same.

“This one knocked me off my axis completely. Nothing will ever be the same. I’m heartbroken.”

2020 has been a particularly hard year for various reasons as many people have lost and buried their loved ones this year.

Just last week, Sidwell (previously known as Psyfo) announced that his brother had died, just two months after he buried his grandmother who died due to Covid-19.

“I lost my grandmother to Covid two months ago. My younger brother passed away on Tuesday. Being strong is a skill I am getting tired of,” a heartbroken Sidwell said.

Over the weekend, Kwaito veteran Oskido buried his father who also died due to Covid-19.