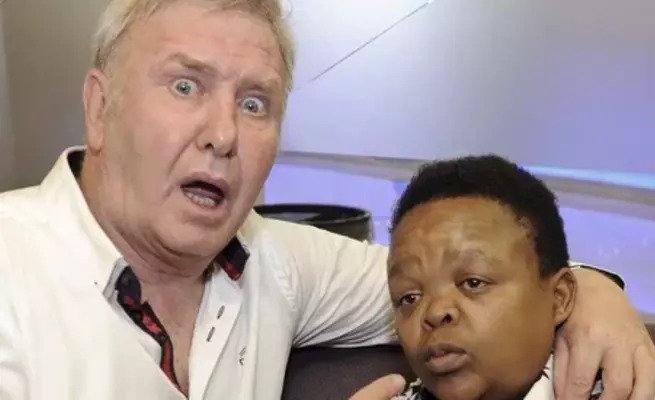 Creditors are camping on the stoep of comedian and movie star Leon Schuster, demanding nearly R1 million for breach of contract.

Ronald John Stringfellow, Jonathan Marshall Ralph, Renaissance Wealth Management and Independent Fiduciary Services, who are members of the RJ Stringfellow Family Trust, are demanding the bones from the Mr Bones flick star for breaching their signed agreement to purchase a multi million rand property in KwaZulu-Natal in 2018.

The three have filed papers in the Joburg High Court in which they have applied for an order to force Schuster, who amassed millions of rand in royalties at the zenith of his movie career, to pay the money.

In the papers, which are in Sunday World’s possession, the trio said Schuster signed an offer to purchase their luxury unit at Pearl Tides for a total of R9.1-million with its associated exclusive use areas.

They said they agreed that the transfer should not be passed before March 30 2018 and that in the event that he breached the contract, the trust would be entitled to cancel the agreement and recover damages that may be incurred as a result of such cancellation.

These included any loss and expenses on a resale, whether by public auction or private treaty.

They said even though they were not living on the property, they were liable to pay the levies and rates of the property and when Schuster delayed in transferring the property into his name, they passed the liability to the actor.

This because had he bought the property, they would not have been liable to pay the rates and taxes and levies.

Despite demands, the defendant failed or refused to pay the amount.

They said they wanted to invest the guarantees of the full price with intent to earn interest from the date of the transfer of the property into Schuster’s name, but couldn’t do so because he breached the contract.

“The defendant failed to provide the guarantee for the full purchase price as at 15 January 2018 as agreed, and/or to pay the purchase price in order to effect transfer on or about 30 March 2018,” read the papers.

They said their attorneys cancelled the agreement with Schuster on January 26 2018 after demanding performance from him on January 16 the same year.

They further said the property was eventually sold for R8.7 million, R400 000 less than what he had agreed to buy it for, in October the same year.

They also said as a result of Schuster’s failure to purchase the property, they suffered a loss of over R870 000.

This after they paid a total of over R73 000 in levies, rates and taxes from the date he signed but failed to deliver the guarantee of the purchase price, to the date of the registration of the property to the name of the new buyer.

They further said they lost over R400 000 in interest that they could have earned from the guarantees had they proceeded with the deal.

“Despite demands, the defendant failed and or refused to pay the amount or any portion thereof to the trust,” read the papers.