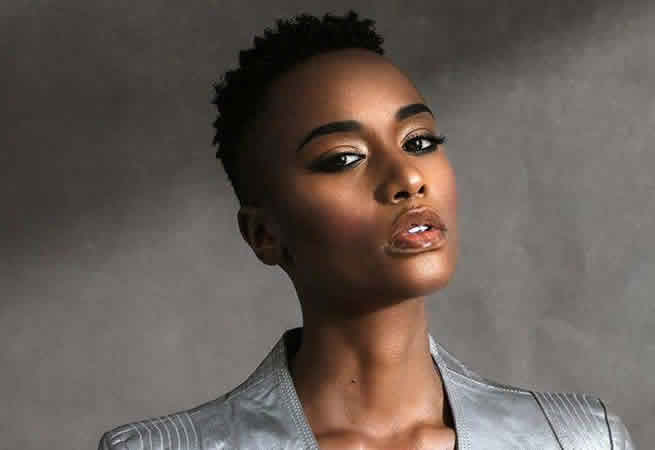 She has just been  offered an acting job.

Miss Universe Zozibini Tunzi is going to be one of the judges on the Miss South Africa pageant, the same beauty competition that paved her way to the world’s stage.

She has been offered an interesting job by the co-creator of one of Mzansi’s leading telenovelas, The River.

Phathu Makwarele, who is known for his stella job as a multi-award winning TV producer and co-founder of Tshedza Pictures, wrote: “Apparently @zozitunzi will be in Flag of South Africa next week. Bathong cameo nyana on #TheRiver1Magic (Man shrugging)

He also hinted that she could be best suited to play the role of a spokeswoman for the Khanyisa Diamonds.

“I mean all those Khanyisa Diamonds need a spokesperson Man shruggingFace with tears of joy’’ he wrote.

However Zozi has not responded to this offer.