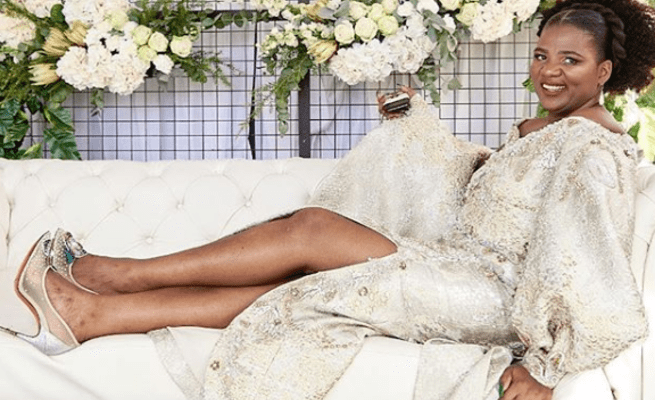 In a precedent-setting judgment, the Gauteng High Court ordered that the company be liquidated and placed under final winding-up for failing to settle tax matters with SA Revenue Services (Sars).

While judgment was handed down on Thursday, the matter dates back to 2016 when Sars launched an urgent application for the winding up of ZCMT.


In its founding affidavit, Sars sets out that as at February 1, 2016, ZCMT was indebted to Sars in excess of R122 million, of which R50m was disputed by the company.

Subsequently, Mkhize (formerly Mpisane) brought an application to place her company under supervision and to commence business rescue. The matter was heard in court in 2017 and was dismissed by the judge.

Mkhize and her ex-husband, former metro policeman Sbu Mpisane, were known for their extravagant and lavish lifestyle. They built their empire in construction, among other businesses, with the ethekwini Municipality and the province when they were awarded tenders to build low-cost housing, schools and medical facilities in Kwazulu-natal.

They own a mansion in La Lucia with a showroom of luxury cars.

The couple was among the most successful black businesspeople in Durban, securing tenders in excess of millions. The more lucrative housing projects in Durban and Stanger had been constructed by their company.

On her reality show, Kwamamkhize, which aired on Dstv, she set tongues wagging with her opulent lifestyle.

However, the dark cloud over their Sars matters has been following them since 2013. She was once accused of inflating invoices by more than R5m to cut her tax bill.

This led to the seizure of the couple’s cars, valued at around R22m. These were later returned.

During her reality show, Mkhize mentioned that she’d had a long battle with Sars, but that she had sorted it out.

Delivering judgment, Judge Colleen Collis said ZCMT had failed to provide substantive proof of its tax returns and based on evidence provided by Sars, the inescapable conclusion was ZCMT was factually and commercially insolvent.

“Sars specifically sets out that ZCMT, over an extended period, failed to comply with its tax obligations, both regarding the submission of complete and accurate returns and payment of taxes.

“Furthermore, ZCMT has failed to demonstrate good faith in respect of its admitted and undisputed tax liabilities,” read the judgment.

Judge Collis said ZCMT repeatedly asked for the extensions of time while failing to make payments, it allegedly stopped trading at the business address without advising Sars.

She said Sars alleged that ZCMT continued to receive and disburse its income for the benefit of its members without discharging or making adequate provision for the payment of its taxes and thereby increasing the risk that the tax debt would be irrecoverable.

“The argument before this court is that the business of ZCMT consists of construction work undertaken in terms of public tenders and contracts concluded with various government departments and municipalities. These public works are funded by the fiscus from taxes recovered.

“Having regard to the absence of any rebuttal evidence on point and in exercising this court’s wide judicial discretion, I cannot but conclude that it will also be just and equitable for ZCMT to be liquidated,” she said.

Reacting to the judgment, Mkhize said she had just received the judgement.

“At this juncture, we are considering appealing it,” she said. She added that workers and contracts won’t be affected.

Edward Kieswetter, Sars Commissioner said: “This victory must send a clear and unambiguous message to all citizens that Sars will make it costly and hard for taxpayers who choose the path of non-compliance.”

Msawakhe Mayisela spokesperson for ethekwini Municipality could neither confirm nor deny if Mkhize’s Zikhulise had any contracts with the city.