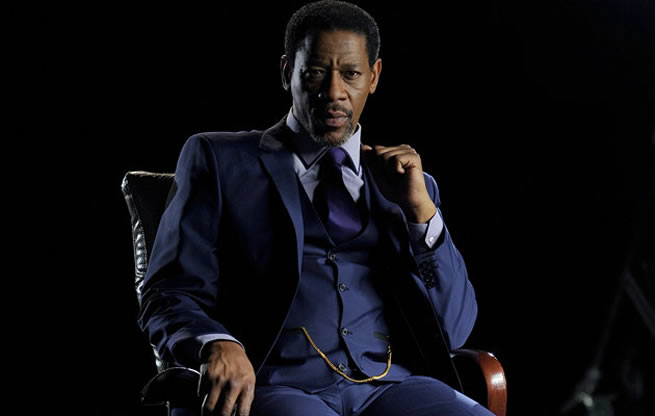 Here are South African Celebrities who are Zimbabweans.

This actor knows how to charm us with his looks and we have fallen in love with him because he is good at his job. Leroy Gopal is a Zimbabwean born actor born July 6, 1979. He is a television personality and voice artist best known for featuring in local movies such as "Yellow Card" in 2000. He moved to South Africa where he became known for his starring role as Thabang Ngema on the SABC3 drama series One Way from 2006-2007

Named the Queen of Amapiano, Sha Sha’s real name is Charmaine Mapimbiro, she was born in Bulawayo, Zimbabwe’s second-largest city, and grew up in Mutare.

“I was born in Bulawayo and stayed there for a bit. We then moved to Mutare then Harare but most of my years were in Mutare because my dad is from Mutare,” Sha Sha mentions in a podcast interview with Mac G.

In June 2020 Sha Sha become the first Zimbabwean to win a BET Award, when she was nominated and won the BET Award 2020 – Viewer’s Choice: Best New International Act award. Sha Sha’s recognition on the international stage triggered her identity as many fans weren’t aware that she is from neighboring Zimbabwe.

Chiedza Mhende is a voice-over artist, singer, and actor who has carved a niche for herself in the entertainment industry of South Africa. Well known as Chi Mhende, she played Wandile on Generations The Legacy where she is now part of the soapie’s production team.

Chi Mhende was born in Harare, Zimbabwe in 1991. She moved to Cape Town, South Africa in 2006 to study at the African Film and Drama and Arts (AFDA) School of Motion Picture Medium and Live Performance. She was introduced to Cape Town’s theatre world as Lady Capulet in the Artscape production of Romeo and Juliet in 2010.

She has played Sandile in the Cape Town film Love the One You Love, which debuted at the Durban International Film Festival in 2014. Chi has credits in Sello Duiker’s The Quiet Violence of Dreams, JM Coetzee’s Waiting for the Barbarians, and was cast as Titania in A Midsummer Night’s Dream. Mhende is an Africa Movie Academy Awards nominee. She is the voice behind ‘Siyaya’ and Al Jazeera’s global health series ‘Lifelines’. The star actress worked with theater productions such as The Bonfire Improv Theatre Company and the Zakheni Arts Therapy Foundation. Her rise to fame came with her role in Generations where she plays a man.

Mtawarira was born on 1 August 1985 in Harare, Zimbabwe. He attended Churchill School in Harare for five years before being given a full scholarship to Peterhouse Boys’ School, an independent school in Mashonaland East. At the age of 15, while at Churchill, he was spotted by Zimbabwean coach Joey Muwadzuri who invited him to join the Under 19 side at the National Schools Festival.

Mtawarira prowess landed him a spot in the invincible Sharks squad of 2008 which then saw him being offered an opportunity to play for South Africa. Mtawarira is known by the nickname The Beast. Mtawarira made his debut for South Africa against Wales on 14 June 2008. With 117 caps, he is the most capped prop in South African history and the third most-capped Springbok of all time behind Victor Matfield and Bryan Habana. He became the second black Zimbabwean to play rugby for the Springboks in South Africa. In 2010, Home Affairs Minister Nkosazana Dlamini Zuma gave him the South African citizenship.

KIM JAYDE
Kim Jayde, she is a Zimbabwean model and television host based in South Africa. Jayde was born Kimberly Robinson in 1990 in Harare, Zimbabwe. She, however, grew up in the second largest city of Zimbabwe Bulawayo. Kim Jayde attended Dominican Convent Junior School and proceeded to Girls College boarding school for her Secondary Education. She moved to South Africa for her University studies in 2009 and graduate in 2012 with an Honors Degree in Social Work and Psychology. She became interested in modeling when she was studying at University in her second year. After graduation, she moved to Cape town to pursue modeling full time.

Jayde hosts her own TV show at MTVBaseAfrica which is called the KimsFashionTakeOver. Kimberly Robinson aka Kim Jaydeis a Zimbabwean model, TV presenter, and MC who is currently based in Capetown South Africa. She became the first Zimbabwean to join for Revlon SA Campaign in 2018.

Peter Ndoro was born in Zimbabwe and worked for ZBC before moving to South Africa for greener pastures. Known for his powerful command of the English language, Peter anchors News on SABC2’s Morning Live. The aforementioned media personality was born in Zimbabwe but spent his early life in England. He returned to his home country Zimbabwe only when he was 15 and after graduation, he started his career in broadcasting before he was made an irresistible offer in South Africa, where he moved to.

Bujy Bikwa is a Zimbabwean-born South African radio host, television presenter, and producer best known as one of the Top 4 contestants on the SABC1 reality competition Dance Your Butt Off, from 2010-2011. Born in Zimbabwe, he moved to South Africa in 1992 with his South African mother. He grew up in Orange Farm before moving to Johannesburg. He was a content producer and co-host of Drive Time on YFM before gaining fame on the SABC1 reality competition Dance Your Butt Off, declaring that he was “tired of being the fat gay guy on the dance floor”. In 2013 he was the co-host with Phumeza Dlwati of the Mzansi Magic/Mzansi Wethu game show Cula Sibone. He continued hosting the show for Season 2, in 2014.

Tongayi Arnold Chirisa is a Zimbabwean actor known for playing Man Friday on NBC’s Crusoe television series, Father Nicholas on The Jim Gaffigan Show, and Hekule on Leon Schuster’s Mr. Bones 2: Back from the Past movie. He is experienced in theatre, film, and television, and is also an occasional singer. Chirisa was born on the 8th of August 1981 in Harare, Zimbabwe. The talented actor attended school at Lomagundi College before he went to further his studies at AFDA Cape Town. The talented actor has in recent years nominated for Africa Movie Academy Award for Best Actor in a Supporting Role.

Luthuli Dlamini is a Zimbabwe-born South African film and television actor. He is best known for his portrayal of Stan Nyathi on the e.tv soap opera, Scandal!. Dlamini has also had roles in Generations, Jacob’s Cross, InterSEXions, Rockville, Room, Tempy Pushas, and Uzalo. He was born at Mpilo Central Hospital in Bulawayo, Zimbabwe. He spent part of his childhood in Tshabalala.

His family then moved to the United Kingdom after his father landed a job there, but later he moved back to Zimbabwe to get his education. He lived a comfortable life in the City since his father was a teacher, and his mother was a nurse. The Scandal actor’s interest in the film industry began when he was still young. At the age of 9, he made his first theatre appearance in Bulawayo Theatre and was the lead actor in the school play, The Baoa Tree. He had distanced his acting career for a while since he had devoted most of his time to science. He, however, was brought back to the film industry after a patient he was operating died. 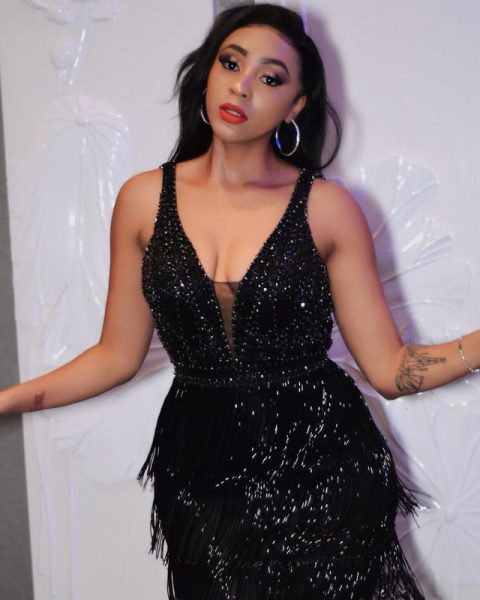 Nadia Nakai is an award-winning hip hop artist from South Africa. She changed her surname from Dlamini and adopted her Zimbabwean mother’s which is Kandava. The 30-year-old Nadia N_ked II crooner is a half cast, Nakai’s mother is Zimbabwean whilst her father is South African. Nadia Nakai made headlines when she joined the Family Tree Music group which boasts of South African musical finest such as Casper Nyovest. In recent years the musical maestro BRAGGA “QUEEN OF RAGGA” has always made it clear that she was of Zimbabwean origin and was not even shy about it. The reckoning force in SA Hip Hop considers Zimbabwe as part of her identity. 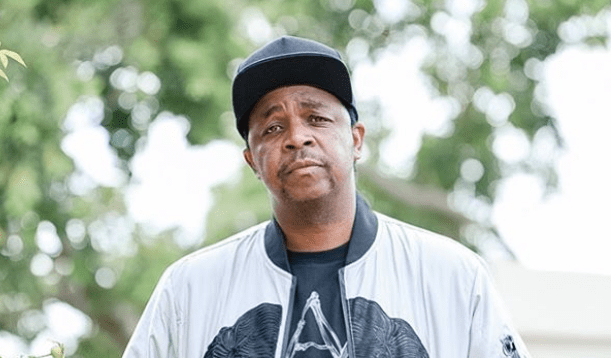 Oskido is a House and Kwaito legend who grew up in Bulawayo, Zimbabwe. The Kalawa Jazmee Records DJ is a reckoning force in the South African entertainment industry. He is born to a Zimbabwean father, Esaph Mdlongwa, who was a politician, and a South African mother, Emily Sophia Molifi.

Although he was born in Brits, South Africa, he spent the better half of his adult life in Zimbabwe before returning to South Africa after High school. Oskido co-founded Kalawa Jazmee Records which is home to Mafikizolo, DJ Zinhle, and more. His talent has been appreciated not only in South Africa but internationally through a number of international awards and endorsement deals.