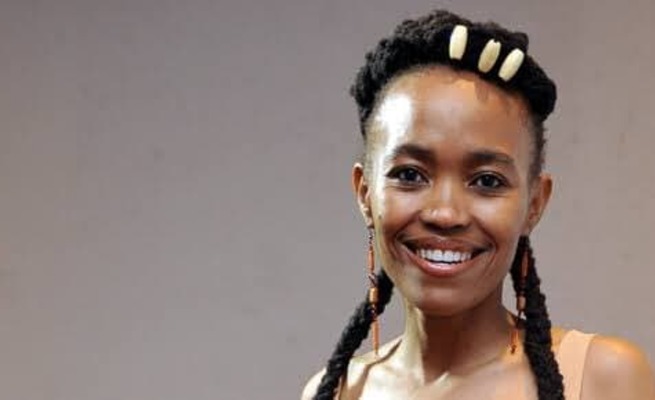 Veteran South African actress Moshidi Motshegwa salary leaked and rumor has it that she will be racking in an estimated R120 000 per month on Generations: The Legacy.

Motshegwa is best known for appearing on Black Sails as The Maroon Queen and on ER as Céline. Moshidi is set to replace Zoe Mthiyane who played Zitha Langa on Generations. Zoe Mthiyane was fired from Generations: The Legacy with immediate effect after breaching ethical conduct. Rumor has it that she was fired because of continuous misconduct of coming to work drunk.


As Zitha’s replacement, Motshwegwa brings with her years of experience and is expected to charm Generations The Legacy fans on first impression.

The star actress Moshidi is one of the highly–respected and influential actresses in South Africa. With more than seventeen years of experience in the entertainment industry, she has been privileged to work with different production companies and has also featured on various TV shows. Apart from that, she is proud to have made appearances in different local and international films and series.

Though Moshidi Motshegwa Salary At Generations: The Legacy has not been revealed yet, it is believed she will earn close to R120 000 per month. After five years of being off-screen, Moshidi landed a role back on The River airing on Mzansi Magic. As one of The River cast members, she played the role of Malefu who lost her husband to the cold hands of death, and as a result, she went through several struggles including dealing with a criminal son. She was however released and had not taken up a tv screen role ever since before joining Generations: The Legacy.

Moshidi Motshegwa is, undoubtedly, one of the richest and highest-paid actors in South Africa. While there is no specific information on how much she earns, we know that she has an estimated net worth of $8 million. Moshidi’s monthly earning makes her one of the most paid actors in Mzansi.