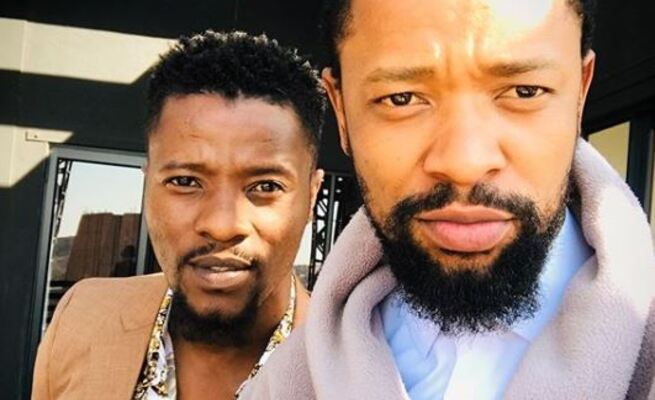 “I remember we used to watch you acting on 'Yizo Yizo' when we were young. you influenced our acting”

Award-winning brothers SK and Abdul Khoza have paid homage to the legendary actor Meshack Mavuso for influencing them when they were younger.

The pair shared these sentiments with the veteran actor, saying they didn't know what they wanted to do but watching Meshack on TV sparked their love for acting.

In an emotional video SK shared on his Instagram, he and his brother can be seen hugging, being appreciative of winning awards for their acting. “We grew up watching you on TV. We saw you on Yizo Yizo not knowing where we wanted to go.

“Today, we are award-winning actors. And the fact that you walked up to this life, ngiyabonga.”

In July, the Khoza brothers shared some videos to give their fans a front-row seat into their childhood as they shared fond and not-so-fond memories of how their bond grew.

Telling entertaining stories on Instagram which left their fans in stitches, the elder brother reflected back on some of his “fails” as a big brother. SK remembered the time he intentionally left his younger brother at school because he was angry that Abdul didn't want to share his lunch with him. This despite the fact that SK had the same lunch and ate it earlier that day.

“He (SK) asked me if he could have some of my lunch and I said, 'No, you got the same thing'. That's why he left me, imagine! He got mad,” Abdul said.