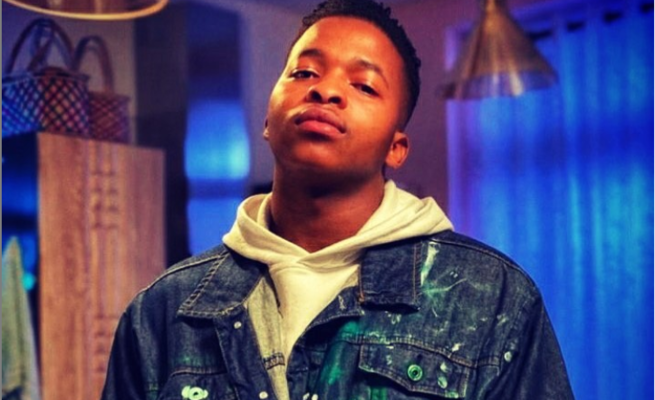 Mastering the craft of acting is what Isibaya actor Nkanyiso Mzimela does best, which he believes is why viewers show him hate in real life.

Known for playing the role of Melusi on the hit telenovela, Nkanyiso revealed how he's still surprised he hasn't been beat up yet, judging from all the hate he gets in the streets.

The budding actor took to Twitter and spoke out about how his character really annoyed a lot of viewers who have started disliking him.

Although many tweeps felt he was “killing his role” by making some viewers feel some type of way about his bad behaviour, he expressed how grateful he was that he hadn't been “moered” yet.

Some people actually hate me fr in these streets, that's how real the character of Melusi has become. #Isibaya I just thank God I haven't gotten moered yet.

With his character causing all kinds of havoc with viewers' hearts, Nkanyiso said they haven't seen anything yet as he believes they will hate him even more.

You think you hate Melusi rn !? 😂😂😂 Clearly you haven't seen anything yet #Isibaya https://t.co/9u8pYihXRL

In an interview, Nkanyiso said while it was normal for fans to get angry about the unconcealed disrespect he's been showing his parents and his on-screen mother's new man, viewers needed to comprehend the reasons behind his behavior before they judge him.

“People need to look beyond his anger and see that his parents broke his heart with their divorce. They need to understand where he's coming from.

“His parents didn't even give him an option or ask if he's okay with the divorce. People never understand why children act the way they act. They always rush to judge them, saying things like 'this child is rude' or 'this child is disrespectful'."

In the story, Melusi was expected to be content with his parents' divorce without anyone consulting with him about how the felt.

Due to no one checking how he felt about the divorce, the angry teen is acting out in the most rebellious way, which has left Isibaya viewers in their feels about why he was harder on his mother than his father about their split.