Home Celeb Gossip This is how much money Master KG has made from his song...

This is how much money Master KG has made from Jerusalema on Youtube, Spotify and other streaming platforms

Master KG is the hottest artist in South Africa in 2020. He also boasts as having the most streamed and watched video for his hit song Jerusalema. We take a look at the money that has come with his fame.

How much money has Master KG made with Jerusalema video on Youtube?
The average Revenue Per Thousand Impressions (RPM) for Jerualema is estimated at USD 1.5 at lowest taking into consideration factors such as geographical location. With 162 million views, Master KG has made an estimated USD 243,000 (R4,1 million).

How much money has he made on Spotify, Apple Music and other streaming services?

Here are the revenues per stream on online streaming platforms: 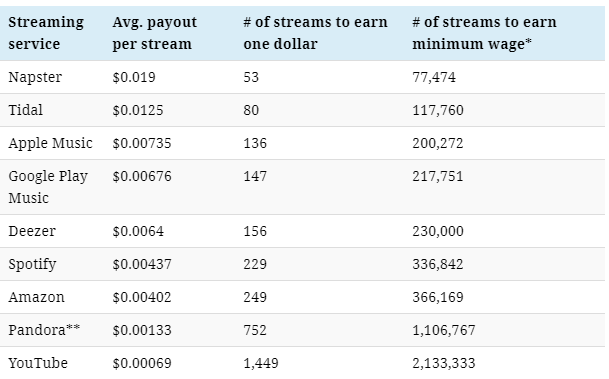 There are other non-monetary views that Jerusalema gets such as 326.6 million impressions on TikTok.

The question of how much money Master KG has made with Jerusalema is not going to be answered. The Limpopo-born Kgoagelo Moagi has made as estimated R9,6 million in total from his hit song that features Nomcebo Zikode.

Master KG recently bought a Ferrari to celebrate 150 million views on Youtube, a sign that 2020 has been a great year for him in terms of his earnings.