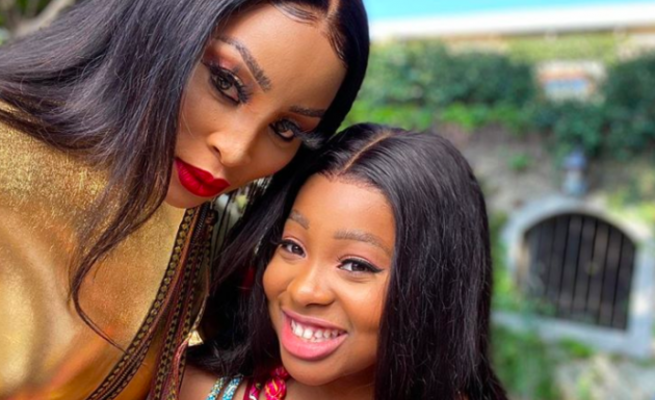 After growing up out of the spotlight, Khanukani is set to shine in her mom’s new reality show. 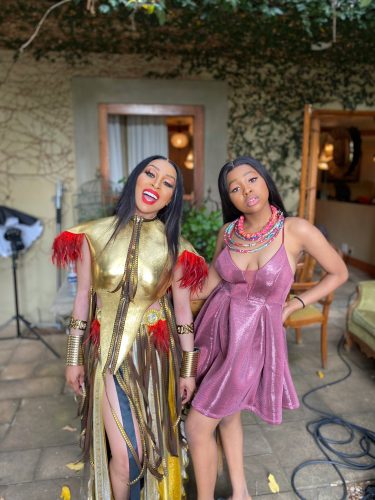 It’s hard for South African pop culture fans to believe that little Khanukani Mbau is already 13 years old, as it feels like she was born not so long ago.

This is, in part, due to the fact that her mother has managed to keep her out of the spotlight for most of her childhood.

But all that is about to change when Khanu joins her mom on screen for her new BET reality show called Mbau RELOADED – Always Rise.

Judging from the show’s promotional video, Mbau will be joined on the show by her daughter, her sister, Thandeka, and her brother Junior, who has been described as the heir to the Mcunu clan.

“We live in a very liberal house, our policy at home and our blueprint is based on ‘you vocalise how you feel, you give me respect because I am a human being, not because I am your mother,’ and this is a trial and error. I have never been her mother before and she has never been my daughter before. I’ve just met her in this life.”

“So she cannot fault me on mistakes that I make because ‘hey, I’ve never been your mother so I am trying to be your mother and you’ve never been my daughter so you’re also trying to impress me.’ She knows that you’re from me but you’re not mine,” added Mbau.

She also explains how she had to ask her daughter to stop following her on Instagram because her she used to read the comments other people made about her mother and she did not appreciate how misunderstood her mother was.

Mbau RELOADED – Always Rise is the second local celebrity reality TV series to air on BET Africa and cameras will closely follow Mbau as she opens her life to the world.

According to Viacom CBS, “African audiences know her from social media, TV, Radio and scandals galore. Never one to shy away from controversy and despite her larger than life personality, the series will delve into whether people really know who she is intimately.

“Viewers will get to see Khanyi play unique roles in different people’s lives. Underneath the pouting persona with eyelashes for days and poses behind the wheel of a Lamborghini, there is a Mother with no make-up bonding with her teenage daughter at home, a sister and a woman searching for the joy that she hasn’t felt for years.”