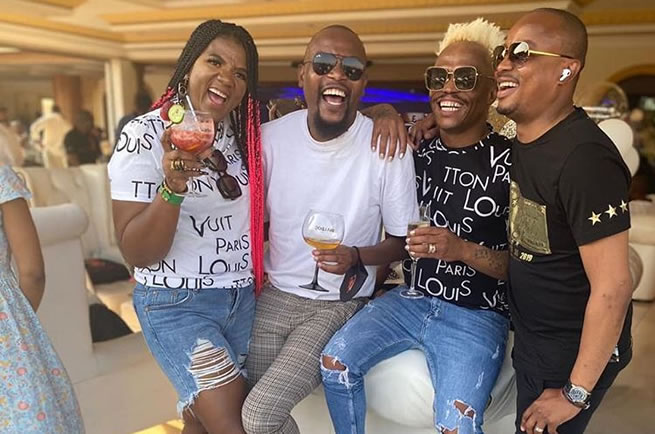 Got back in jozi and immediately hit the road with my bestie to kzn for his birthday tomorrow pic.twitter.com/8rP4xICozK

They arrived safely and prepared for a huge celebration on Thursday at the trendy Max's Lifestyle in Umlazi.

“It’s my mother f***in’ birthday!” Vusi wrote of the celebrations.

Vusi was presented with a large black and white cake decorated with a bow tie and suspenders.

A sign on the top of the cake read “happy birthday”, with Vusi's name spelt out at the bottom.

There were also cakes for Somizi and MaMkhize to congratulate them on their new Bentleys.

Here are some pics from the party:

A birthday s/o to @vusinova1. Cheers to many more🥂🍾