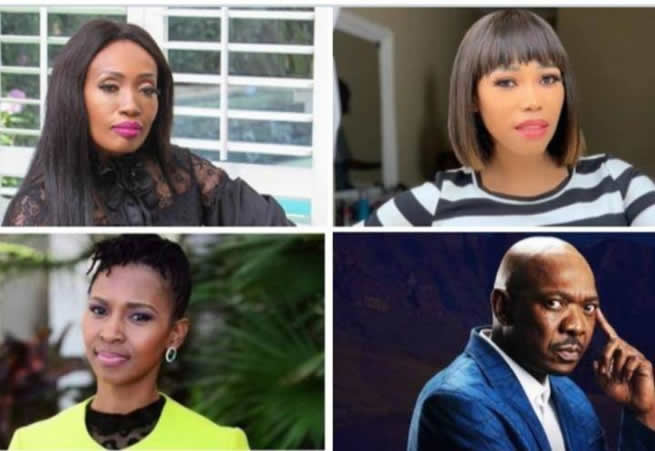 Former Generations stars Sonia Mbele, Katlego Danke, Sophie Ndaba, Zolisa Xaluva and Menzi Ngubane are fuming after the SABC aired a drama series they had worked on without their knowledge.

To make matters worse, they are still waiting to be paid for their work on the series, titled Family Secrets.

According to insiders, the actors were initially told the drama would not be aired, but to their shock they saw it beamed on TV.

The actors reportedly found out the show was being aired when they inquired with the producers about their salaries, which they had been waiting months for.

“It was supposed to be a happy time for them but it wasn’t because they shot the series a while ago and were not paid for it and told that it wouldn’t air,” an insider said.

Another source said the stars had been told the production company had stopped production due to unforeseen circumstances and were shocked to see the series on TV.

“They are furious about the fact that the show is being aired without their knowledge,” said another source.

Production staff also said Ngubane walked off one of the sets because he was furious about a lack of professionalism and respect for actors.

The source said Ngubane was peeved because they had not been given a proper explanation about the payments of their salaries and the producers kept blaming the SABC for their woes.

Another actor said he had to sell his car to make ends meet because they were not paid salaries despite having delivered the work.

The production company is said to owe the actors nearly R500 000 in salaries and some are even contemplating taking legal action to get what is due to them.

When approached for comment, Mbele said: “I can’t comment on the series as this is a legal matter.”

Xaluva also declined to comment, saying it is “a civil matter between myself and the party involved … I will only talk about my work, not about who owes me”.

Ngubane, who is expected to join The Queen, also declined to comment.

The SABC spokesperson Mmoni Seapolelo said: “Family Secrets is licensed and was not commissioned and produced under the direction and auspices of the SABC. The production and all matters related to Family Secrets are the responsiblity of the producers and owners of Family Secrets.

Responding on behalf of Family Secrets lawyer, Karabo Motshwane said all actors were paid in accordance with their call sheets for each day of the shoot.

They are furious the show is being aired without their knowledge